I replaced my factory cutting edge on my 54" bucket last weekend. At only 110 hours of use, it was already very worn.
I measured the old edge at 3/8" x 3". The new edge is 5/8" x 6". Overkill, yeah, I know. With the 6" wide edge, I was able to cut the old edge out behind the weld line, which made removal easier. I used a Lenox carbide cutting wheel in my angle grinder to remove the old edge. I welded the new edge in by alternating sides, and back stepping to minimize warpage. I overlapped the edge on the bucket floor the same as the factory edge.
The new edge is made of "Bruxite", which is supposedly a good wearing steel, HB500 hardness. I bought the edge for $108 shipped for the edge with holes in it, which was way cheaper than the company's eBay listing. Sometimes it pays to call. Overall it was not too bad to replace. 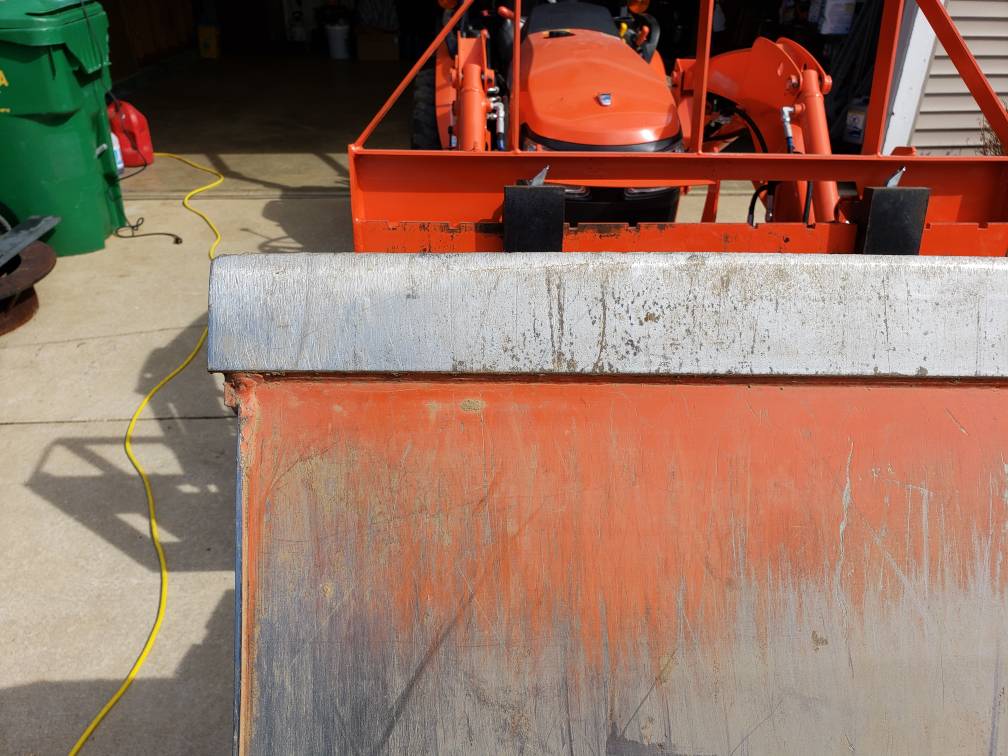 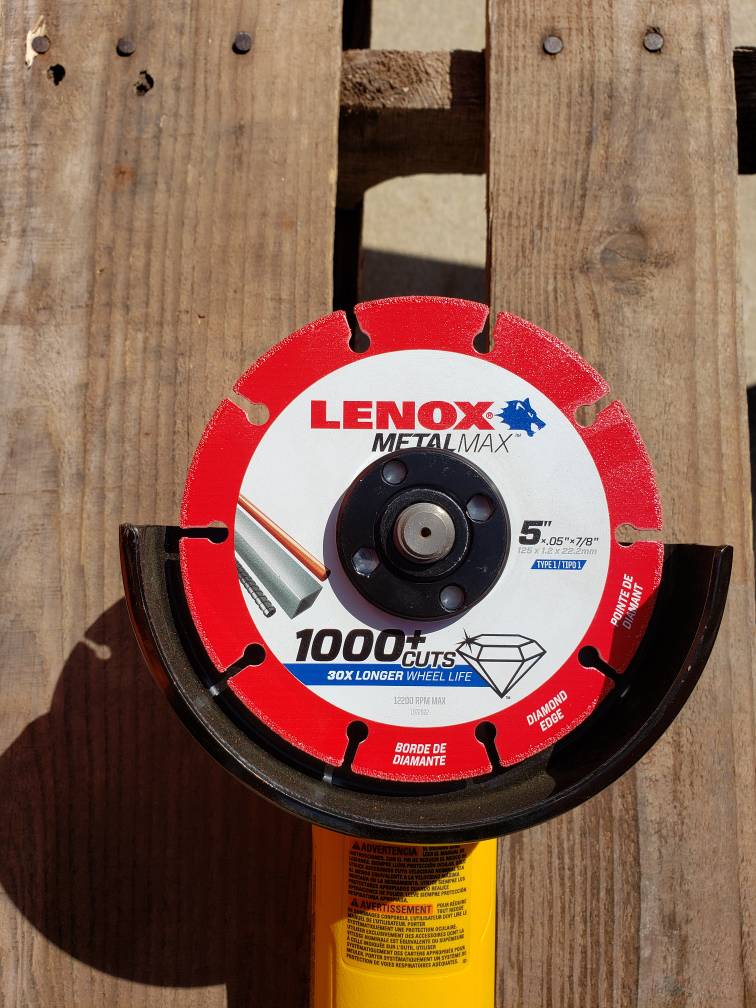 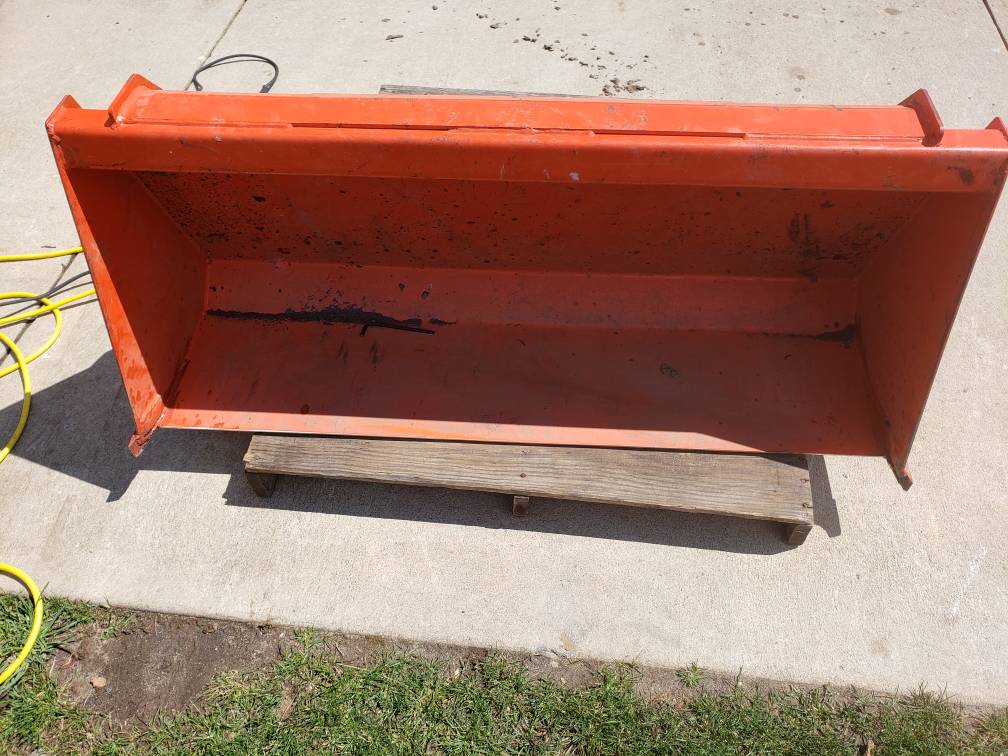 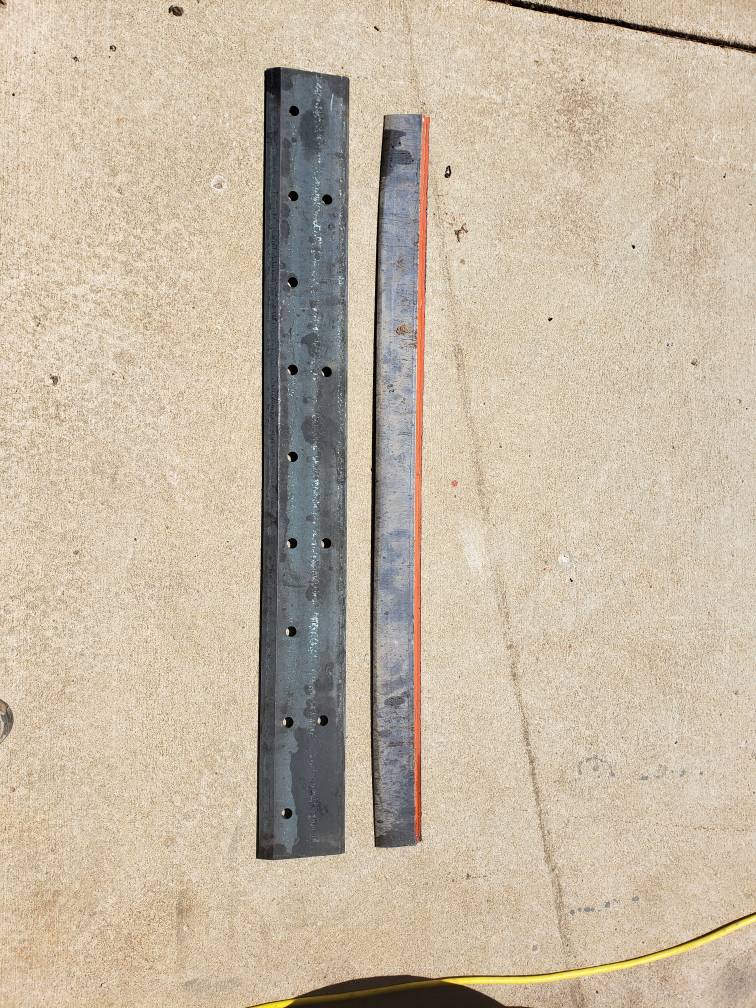 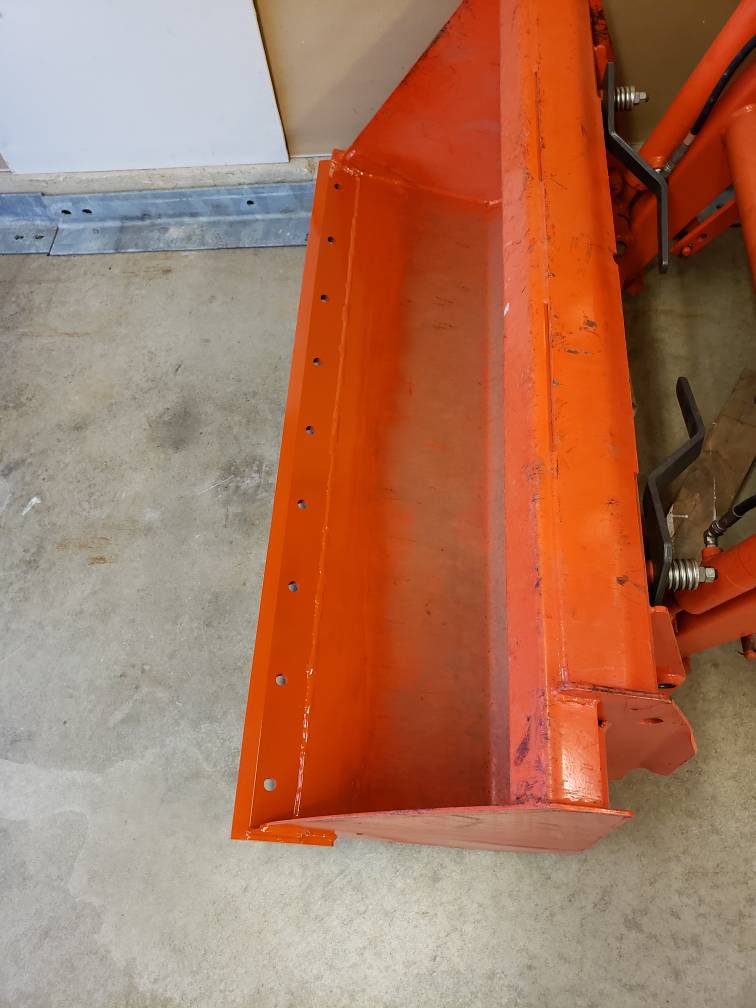 Tell me about how that diamond wheel cut btw.
Reactions: 1 user
N

Great looking job! I'm just curious what you were using it for for those 110 hours that wore the factory edge down so much.

Sent from my Moto G (5) Plus using Tapatalk
R


Sent from my iPhone using Tapatalk
A

Tell me about how that diamond wheel cut btw.
Click to expand...

Thanks! It's a carbide tipped wheel. They cost about $20, but last a long time. The benefit is that you don't get as much grinding dust as you get from a fiber cutoff wheel, and I don't think you have the risk of a wheel shattering. It cut nice and straight. I highly recommend!

Sent from my SM-N960U using Tapatalk
Reactions: 1 user
A

nbryan said:
Great looking job! I'm just curious what you were using it for for those 110 hours that wore the factory edge down so much.

Sent from my Moto G (5) Plus using Tapatalk
Click to expand...

Thanks! I think a lot of the wear is from my technique. I mainly used it in the dirt, but I have scooped stone and mulch from my concrete driveway. I think the biggest wear was from snow removal though. Our street is "Chip Seal", and it's like a cheese grater. I plan to get some Bruxite strips, and fabricate some bolt on or clamp on skid shoes for next winter.

Sent from my SM-N960U using Tapatalk
A


Sent from my iPhone using Tapatalk
Click to expand...

Sent from my SM-N960U using Tapatalk

Very nicely done. Looks great. I added a bolt on cutting edge to my B2650 also after my original one started to show some signs of wear.

Any special techniques used to weld the hardened steel. Did you Mig with flus core. I've had problems welding hard stuff.
A

rkidd said:
Very nicely done. Looks great. I added a bolt on cutting edge to my B2650 also after my original one started to show some signs of wear.

Thanks! That looks good. I wish I would have drilled the factory edge and added a bolt on edge when the bucket was new. Lesson learned.

Sent from my SM-N960U using Tapatalk
A

Have you had issues with cracking?
I preheated the cutting edge with a MAPP gas torch, mainly to get the moisture out. I got the steel hot enough that I couldn't hold my hand on it. I welded 3" beads, alternating sides, and back stepped my welds. I let things cool off a bit between welds. This is what was recommended to me. I haven't had any issues with cracking. I welded it with a Lincoln Power MIG 256, running ER70S-6 wire, .035 diameter, with C25 gas. I had a little warping (the edge has a slight smile to it, easy to fix), but considering that this is the first project like this I've done, I'm pleased with how it turned out. I'm no professional! The toughest part was figuring out my welder settings to weld the 5/8" thick edge to the thinner bucket steel. I have had a 120 volt 135 amp welder for the last 20 years. I just got this bigger welder last year.