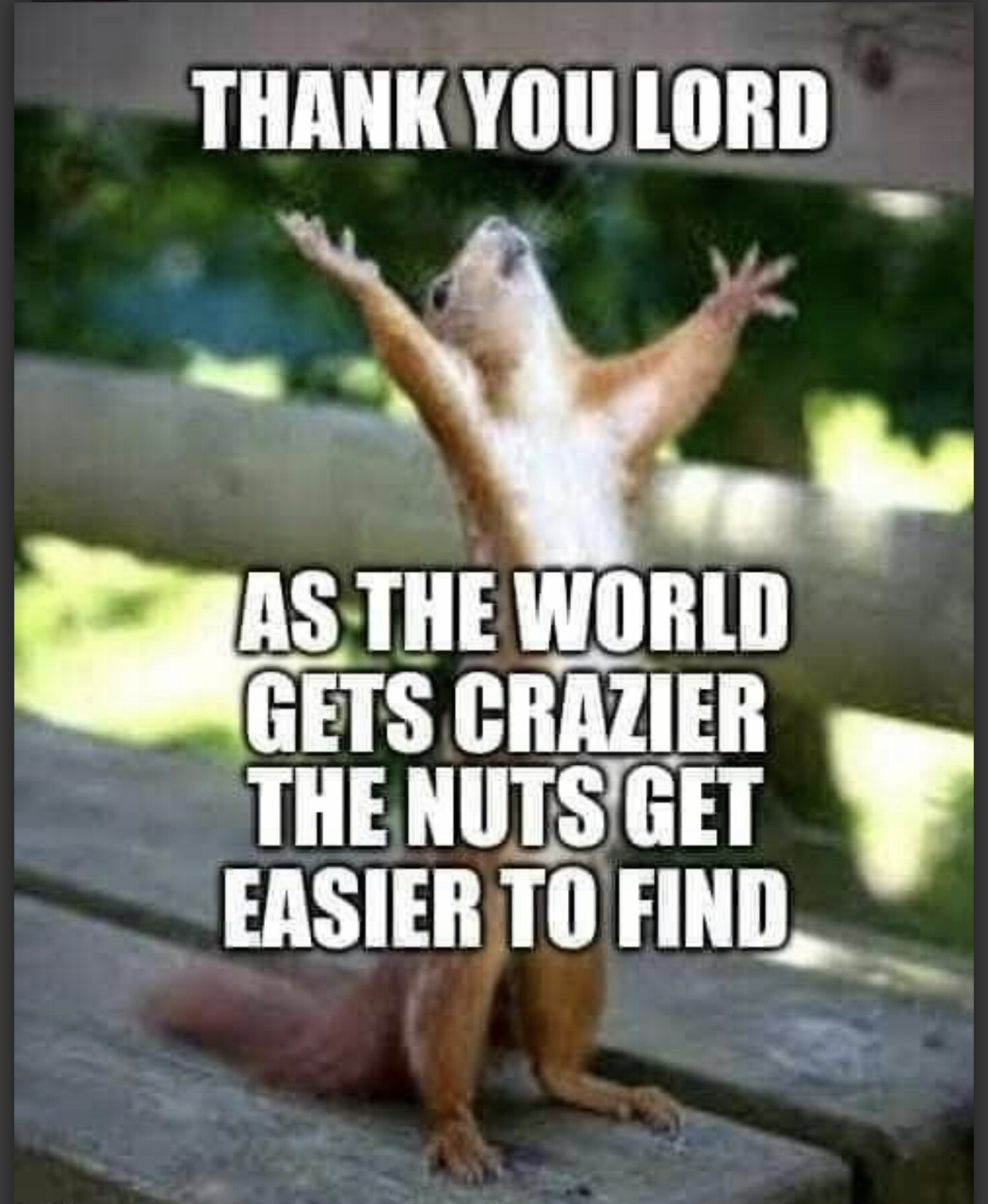 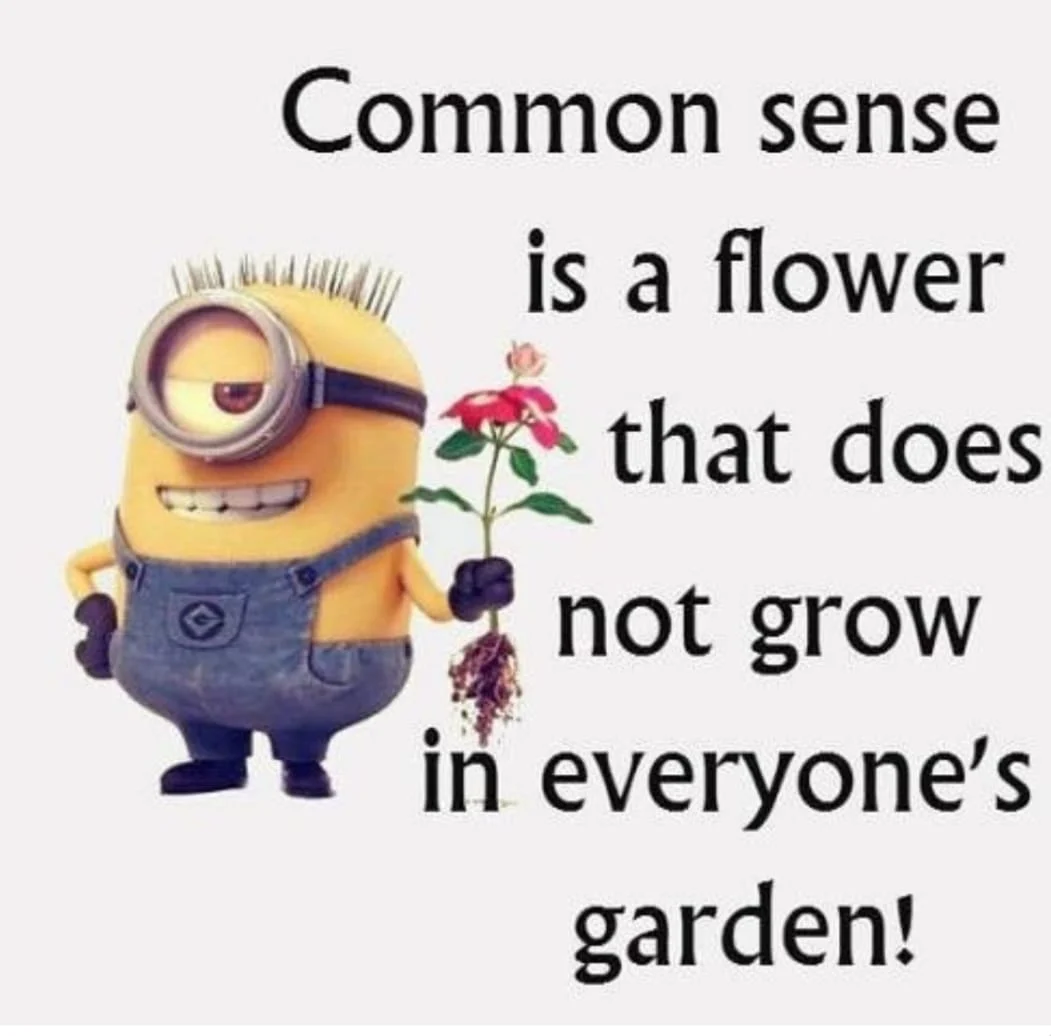 I hope you can help me here. The other day, I set off for work leaving
my husband in the house watching the TV as usual. I hadn't driven more
than a mile down the road when the engine conked out and the car
shuddered to a halt.

I walked back home to get my husband's help. When I got home I
couldn't believe my eyes. He was in our bedroom with the neighbors
'daughter. I'm 32, my husband is 34, and the neighbors' daughter is
22. We have been married for ten years. When I confronted him, he
broke down and admitted that they had been having an affair for the
past six months. I told him to stop or I'd leave him. He was let go
from his job six months ago and he says he has been feeling
increasingly depressed and worthless. I love him very much, but ever
since I gave him the ultimatum he has become increasingly distant. He
won't go to counseling and I'm afraid I can't get through to him anymore.
Can you please help?

A car stalling after being driven a short distance can be caused by a
variety of faults with the engine. Start by checking that there is no
debris in the fuel line. If it's clear, check the vacuum pipes and
hoses on the intake manifold and also check all grounding wires. If
none of these approaches solves the problem, it could be that the fuel
pump itself is faulty, causing low delivery pressure to the injectors. 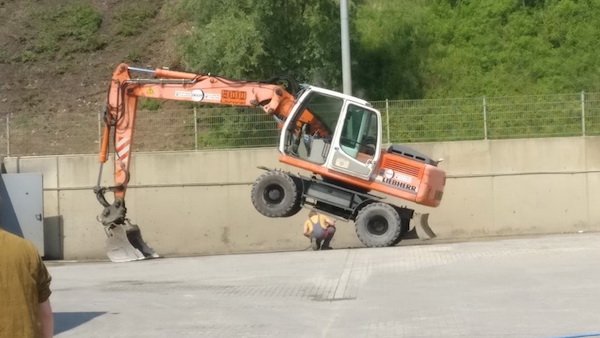 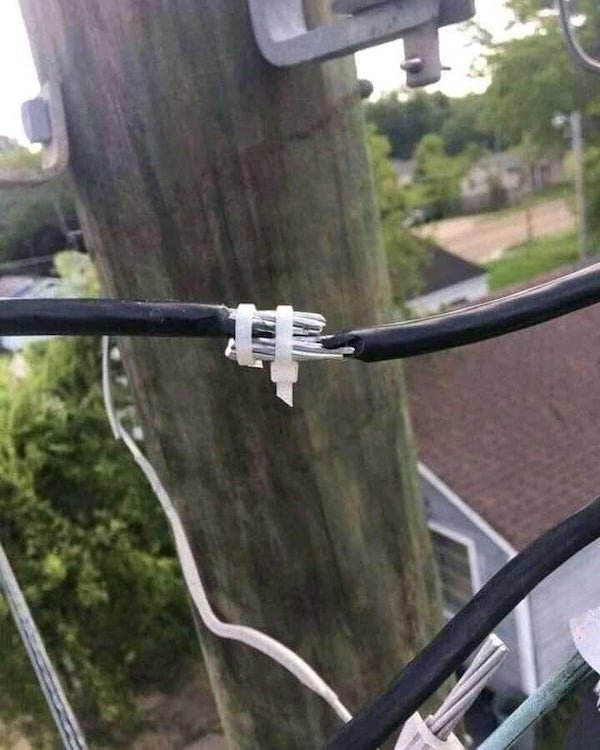 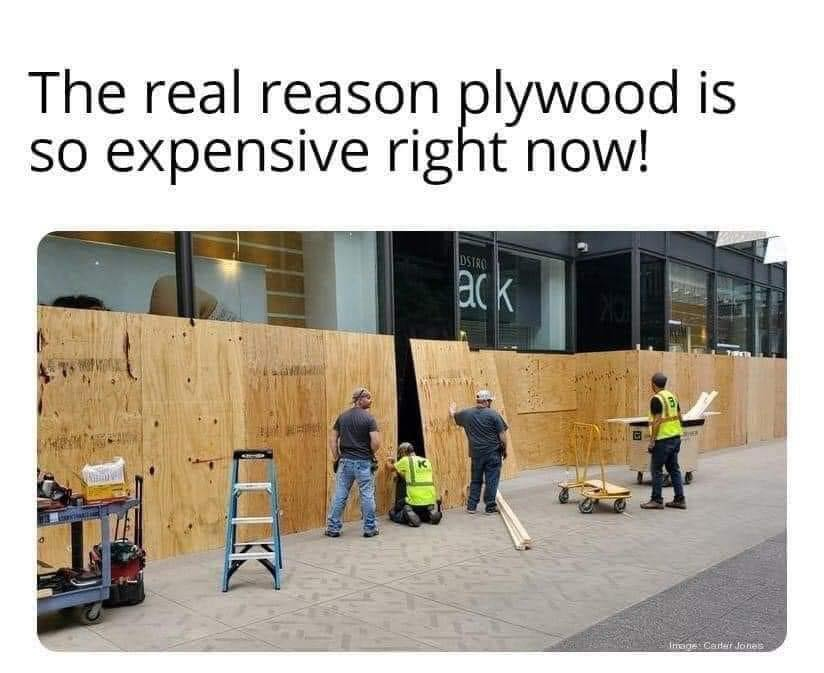 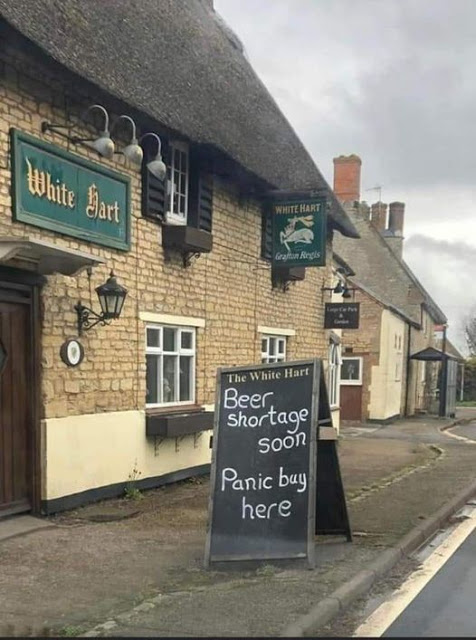 Doctor: "Sir, you were supposed to bring back a sperm sample...that jar is empty..." Patient: "Well, when I got it home, I tried with my left hand, and no luck...then I tried with my right hand, and failed. Then my wife tried, with both hands...with her teeth in and then with her teeth out, and still no success. The neighbor even came by, and she failed also. There was just no damn way to get the lid off that jar!"

While taxiing at London 'S Gatwick Airport , the crew of a US Air
flight departing for Ft. Lauderdale made a wrong turn and came nose to
nose with a United 727.

An irate female ground controller lashed out at the US Air crew,
screaming:'US Air 2771, where the hell are you going? I told you to
turn right onto Charlie taxiway! You turned right on Delta! Stop right
there. I know it's difficult for you to tell the difference between C
and D, but get it right!'

Continuing her rage to the embarrassed crew, she was now shouting
hysterically: 'God! Now you've screwed everything up! It'll take
forever to sort this out! You stay right there and don't move till I
tell you to! You can expect progressive taxi instructions in about half
an hour, and I want you to go exactly where I tell you, when I tell
you, and how I tell you! You got that, US Air 2771?'
'Yes, ma'am,' the humbled crew responded.

Naturally, the ground control communications frequency fell terribly
silent after the verbal bashing of US Air 2771. Nobody wanted to chance
engaging the irate ground controller in her current state of mind.

Tension in every cockpit out around Gatwick was definitely running
high. Just then an unknow pilot broke the silence and keyed his
microphone, asking: 'Wasn't I married to you once?'
F 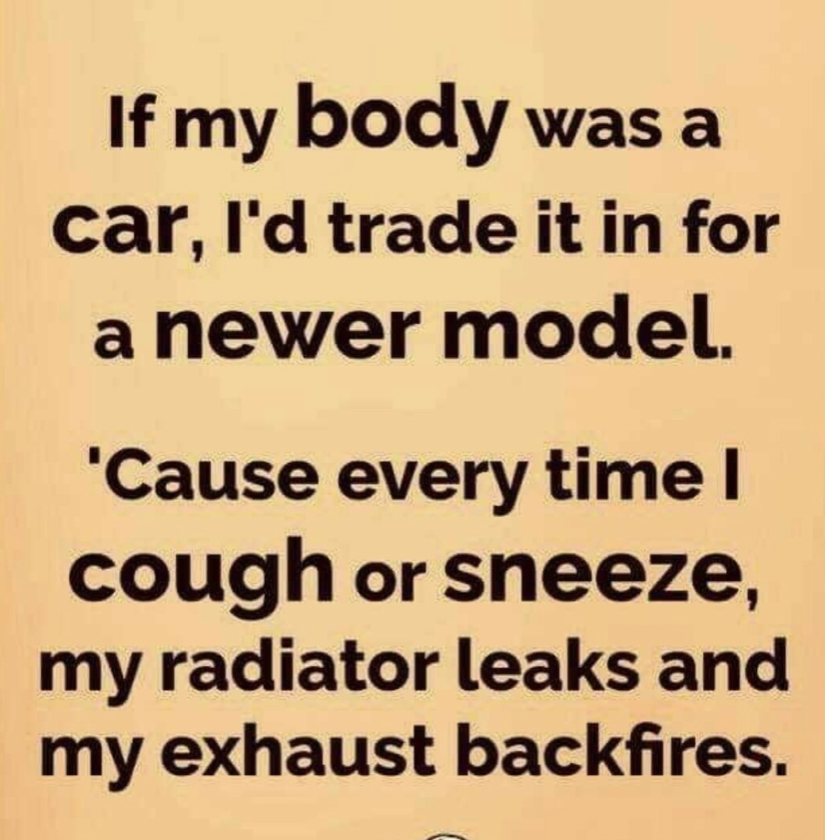 An old country farmer had a wife who nagged him unmercifully. From morning till night she was always complaining about something.

The only time he got any relief was when he was out plowing with his old mule.. He tried to plow a lot. One day, when he was out plowing, his wife brought him lunch in the field. He drove the old mule into the shade, sat down on a stump, and began to eat his lunch. Immediately, his wife began nagging him again... Complain, nag, complain, nag - it just went on and on... All of a sudden, the old mule lashed out with both hind feet, caught her smack in the back of the head. Killed her dead on the spot.

At the funeral several days later, the minister noticed something rather odd..... When a woman mourner would approach the old farmer, he would listen for a minute, then nod his head in agreement; but when a man mourner approached him, he would listen for a minute, then shake his head in disagreement. This was so consistent, the minister decided to ask the old farmer about it.

So after the funeral, the minister spoke to the old farmer, and asked him why he nodded his head and agreed with the women, but always shook his head and disagreed with all the men.

The old farmer said, 'Well, the women would come up and say something about how nice my wife looked, or how pretty her dress was, so I'd nod my head in agreement.'

'And what about the men?' the minister asked.

'They wanted to know if the mule was for sale.
F 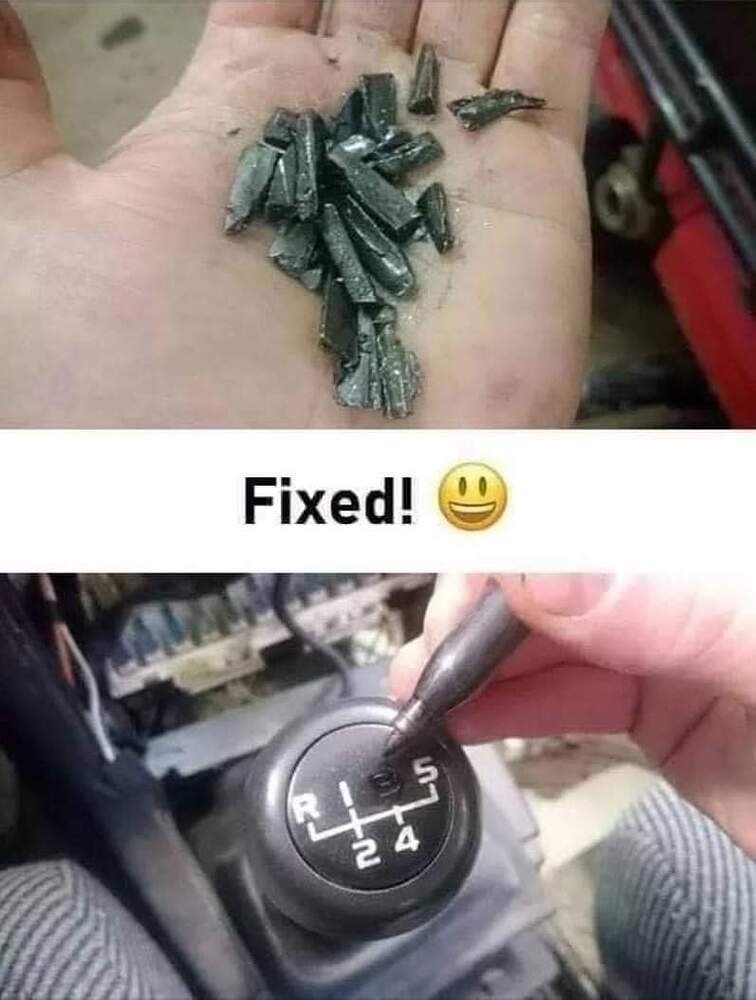 Prescription Drugs and Side Effects

A woman asks her husband at breakfast time, "Would you like some
bacon and eggs, a slice of toast, and maybe some grapefruit juice
and coffee?" He declines. "Thanks for asking, but I'm not hungry
right now. It's this Viagra," he says. "It's really taken the edge
off my appetite."

At lunchtime, she asked him if he would like something. "How about a
bowl of soup, homemade muffins, or a cheese sandwich?" He declines.
"The Viagra," he says, "really trashes my desire for food."

Come dinnertime, she asks if he wants anything to eat. "Would you
like a juicy rib eye steak and some scrumptious apple pie? Or maybe
a rotisserie chicken or tasty stir fry?" He declines again. "No,"
he says, "it's got to be the Viagra. I'm still not hungry."

A small church had a very attractive big-busted organist named Susan, and her breasts were so large that they bounced and jiggled while she played the organ.

Unfortunately, she distracted the male part of the congregation considerably. The very proper church ladies were appalled.

They said something had to be done about this or they would have to get another organist.

So one of the ladies approached Susan very discreetly about the problem, & told her to mash up some green persimmons & rub them on her nipples and all over her breasts, which should cause them to shrink in size, but warned her not to taste any of the green persimmons, because they are so sour they will make your mouth pucker up & you won't be able to talk properly for a while.

The voluptuous organist reluctantly agreed to try it.

The following Sunday morning the minister walked up to the pulpit and said, 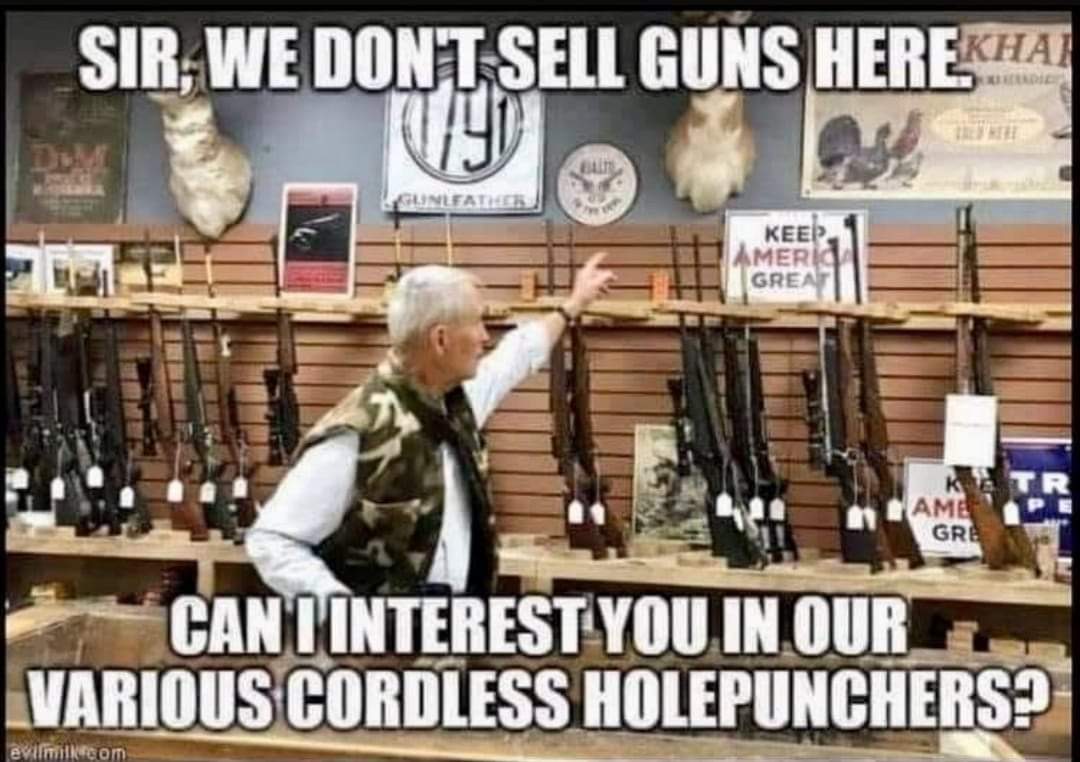 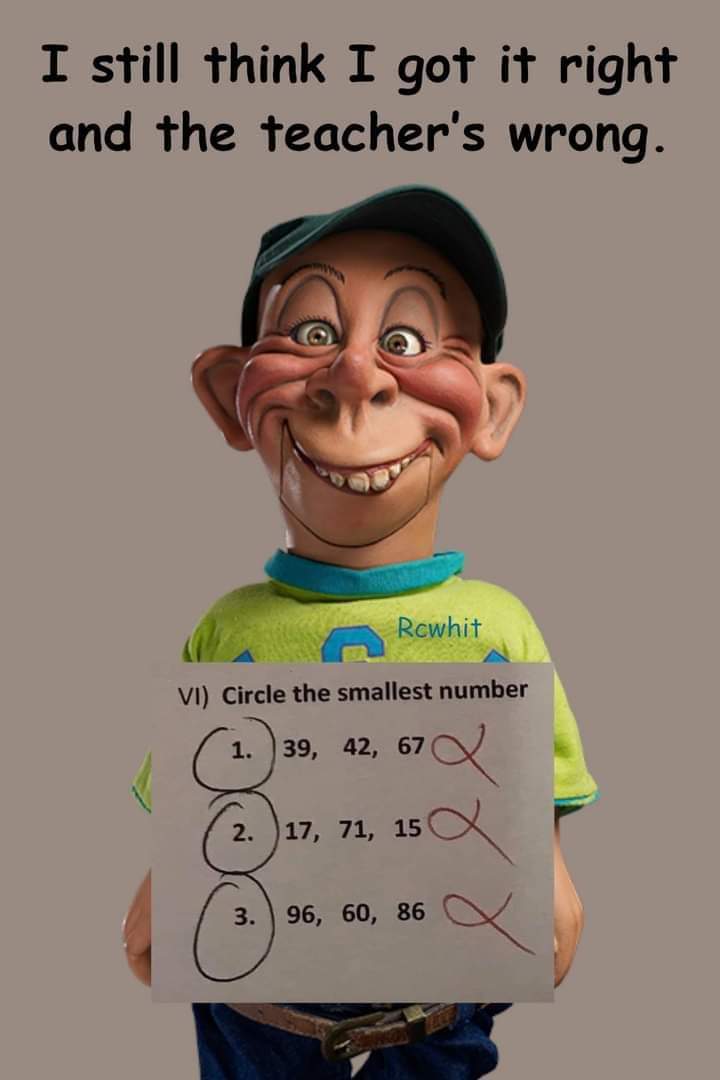