The shots I take are really high resolution so if anyone wanted one for a poster or prints, I always have the originals and will gladly share. I would love some more high res farm and tractor type shots as well.

I was playing with a new lens last year when I took these.

Not real high-tech like yours, but my wife took this from our front window with her iPhone yesterday at sunset. 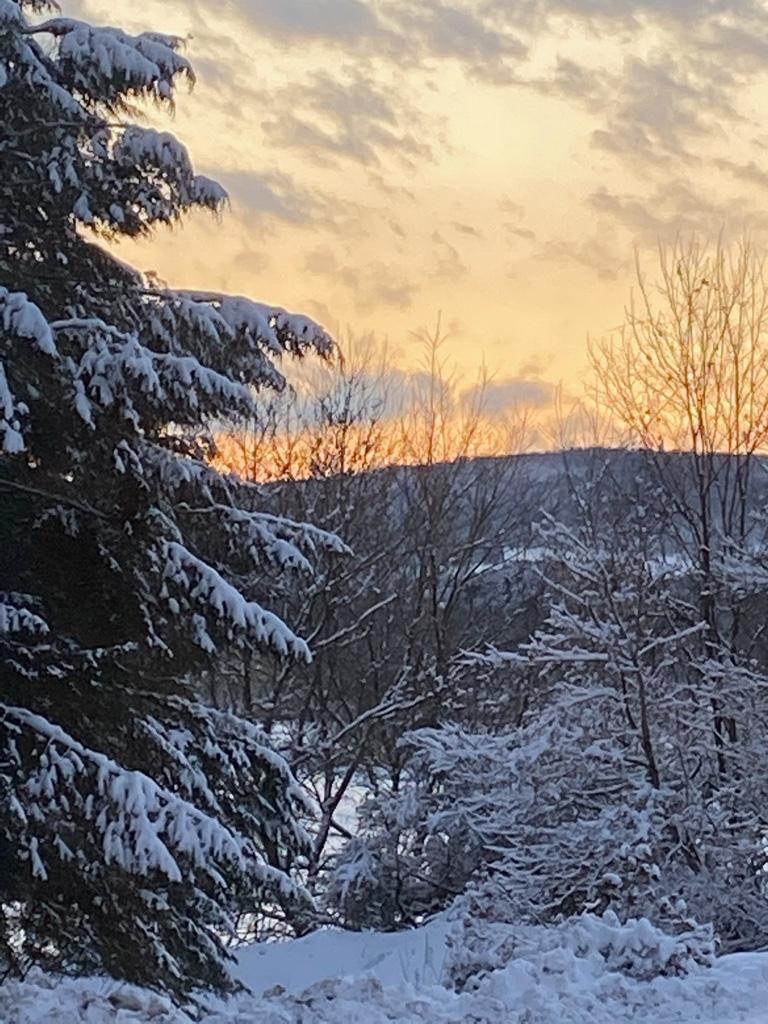 You mean 4 legged animals? Nothing lately though I need to eliminate a couple song dogs soon. My 22-250 with the ATN night vision scope works really well.


RCW said:
Not real high-tech like yours, but my wife took this from our front window with her iPhone yesterday at sunset.
Click to expand...

It is 15 degrees here today, so here is one from the boat on an 80 degree day on Squam Lake in NH.


SidecarFlip said:
You mean 4 legged animals? Nothing lately though I need to eliminate a couple song dogs soon. My 22-250 with the ATN night vision scope works really well.
Click to expand...

They have some cool night hunt videos on youtube. Some of those guys are into it.
R

NH is nice in summer. We used to go to Hampton Beach every summer when the kids were young.

Here’s another from her walk with the dog yesterday.

I think the tractor is a Versatile 895 with a 30’ set of discs. While 35 or so years old, it’s a pretty impressive tractor for its age. 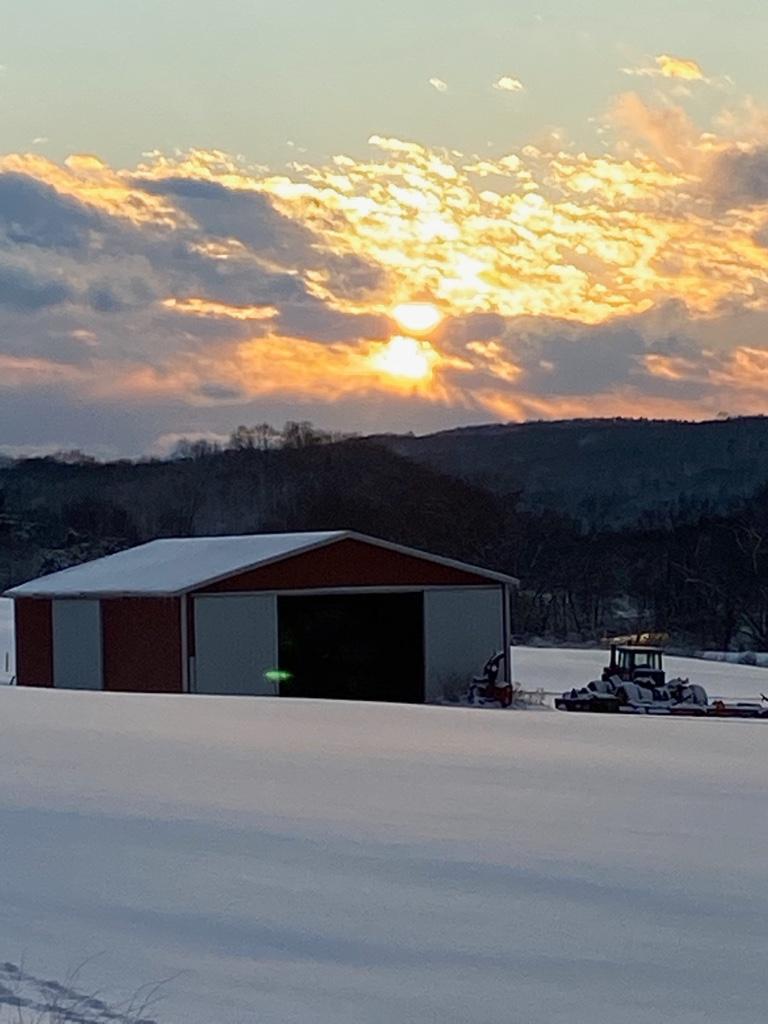 The wife shot this sunset with her cell phone from our front yard.
(this is a greatly reduced version, of course)


Lil Foot said:
The wife shot this sunset with her cell phone from our front yard.
(this is a greatly reduced version, of course)
Click to expand...

That is a stunning shot. Kill the streetlight in photoshop and it would make a sweet poster.

NHSleddog,
Somewhat along your first picture.
I am in the middle of restoring prairie on my land. This is a picture of the Federally endangered Karner Blue Butterfly on lead plant that is a native species here in Wisconsin.

I like the flora and fauna photos. Look great guys!

I was an aspiring Wildlife Biologist, but ended up with BS degrees in both Biology and Forestry.

I have some crappy pics of Pileated Woodpeckers chopping up some stuff here, several Bald Eagles also, but the quality isn't very good...

Lil Foot and Ken had great pics. Look forward to more shots if anyone has them!

Sleddog - good idea for a thread.

A Sunrise looking out of my back window.

Magicman said:
A Sunrise looking out of my back window.
Click to expand...

The colors in nature really are amazing.

I got up real early with the wife one morning and traveled an hour to get this picture. It poured rain for hours the night before and the field was a mess. This shot lasted for under a minute. It was literally a one minute window where the sun went from no ray, to ray, to blast.

Oh wow, that is an amazing shot!!

I like to take pics, usually when I'm out fishing. I took a young lady fishing last year in the fall and she bought her dogs, which kept her attention as much as fishing did. Well for me it was not really boring but not real exciting either. So I grabbed the phone and took pictures. For the life of me I can't get them uploaded though. Then a few weeks later I was on the same river and a bunch of Eagles decided to take up residence. Fish were slow that day but I managed to study the eagles more than I ever have in my life. Interesting birds. They don't like humans (or maybe boats?) because I could NOT get closer than about 1/8 of a mile to any of them; they'd watch me closely and then take off, fly around a while, then land further down river on a tree limb. Watched them grab fish off the water, exactly like in "the movies". I caught a small trout and it was bleeding, but I released it. I guess it didn't make it because one of the eagles grabbed it right outta the water maybe 100' from the boat. They are BIG, bigger than I thought. But the most interesting thing....their call. They talk to each other like most birds do, but what is so odd (to me) is that, well Hawks, there is no mistaking their call, you know a hawk from a mile away. An owl, you know them too. Osprey, they have their own call too. I was floating on the river and kept hearing birds, the normal, like sparrows, chickadees, etc. So I start looking around and sure enough at the top of the tree is an eagle calling, and then a little ways upriver from me another was calling, they were "talking", they sound like common sparrows more or less. For as big and majestic as they are, they have a call that "sounds" NOTHING like what you'd think. As if watching them on the river wasn't enough, on the way back I come up one one standing on top of a dead deer on the side of the road having lunch. I did not know Eagles would resort to road kill. I asked a game and fish guy about it at work and he said yes they will, they are not known to often but they will...they are opportunists and will eat about anything if it's easily available and if they're hungry enough.

I can't get anything to load. Hmm. I'll work on it, kind of a cool picture with the sun rays coming through the trees. 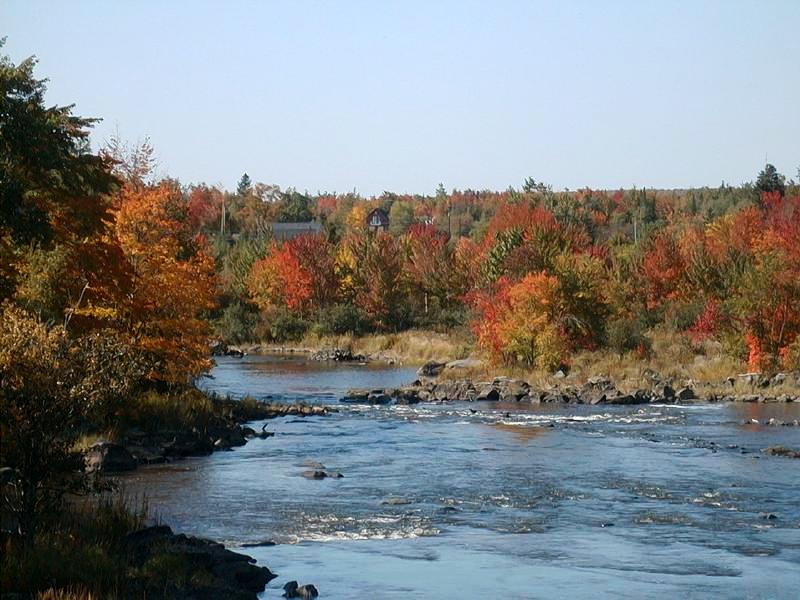 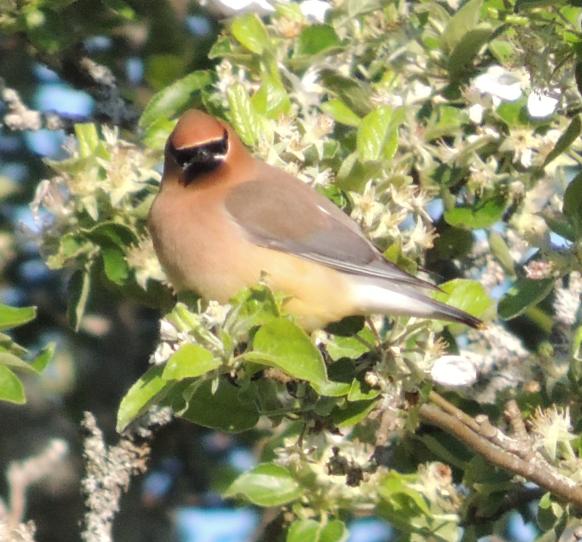 I don't claim to be a photographer, but here are a couple of snapshots that I think came out well.
Reactions: 2 users 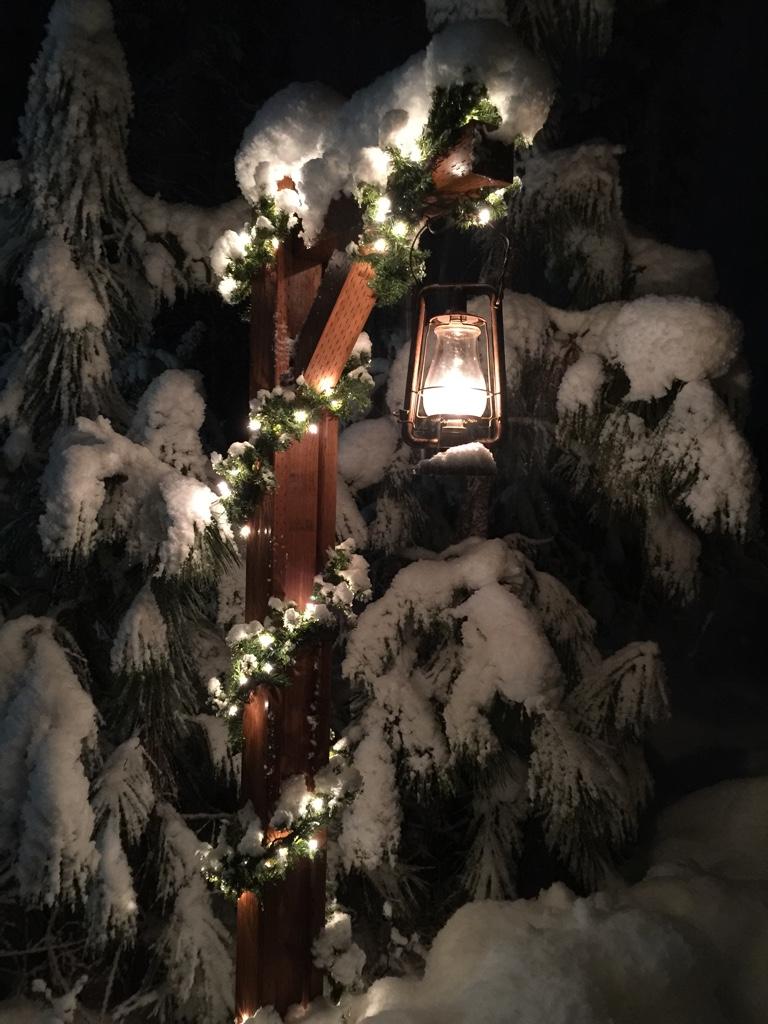 That picture is amazing lugbolt.

Those are some beautiful shots.

A lot of people have seen Weirs Beach in Laconia NH during Bike Week in the summer, but not a lot get to see it from a snowmobile in the winter.