Vigo said:
That mount looks good! I can't really tell how it's attached to your subframe, though (just curious).

What's that (i think..) magnetic angle holder thingy you got there on the shop floor?
Click to expand...

It’s mounted to the subframe on double shear tabs with 5/8 hitch pins.
And the magnet is an adjustable angle welding magnet. It’s great for holding things in position for mock-up. I have a dozen in various sizes.
Reactions: 1 user
V

Thanks. I've found the first step in collecting 'all the tools' is to first find out they exist, which in this case was no surprise, and then next find out the name so i can look em up and buy em online when i'm supposed to be getting work done.
B

I actually got to use this bad boy today. I needed to knock down a path to get behind our chicken run. I mounted up the dirt scoop off my old tractor and used it to cut away a small berm full of rocks and roots. A FEL would have been nice, but this is way better than a shovel. Low gear is great, and this thing spins all 4 tires just off idle. I also flipped the exhaust to make sure I don’t take it out on a low hanging branch.

I am a bit concerned with the amount of smoke this thing blows under load. I didn’t think it was that bad when I test drove it, but Rose colored glasses were probably a factor. I’m going to do a compression check, but the wisdom of the group would be appreciated. It has a leaky rear main seal and I budgeted for a rebuild. How bad is this? Video of a roll on in high gear from just above idle is below. 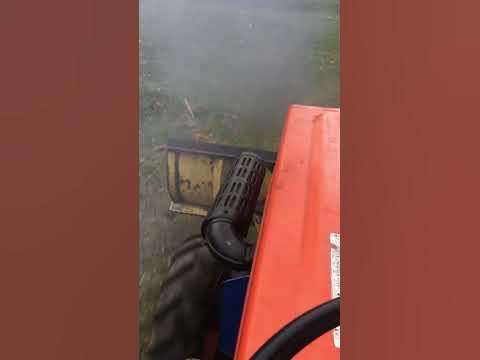 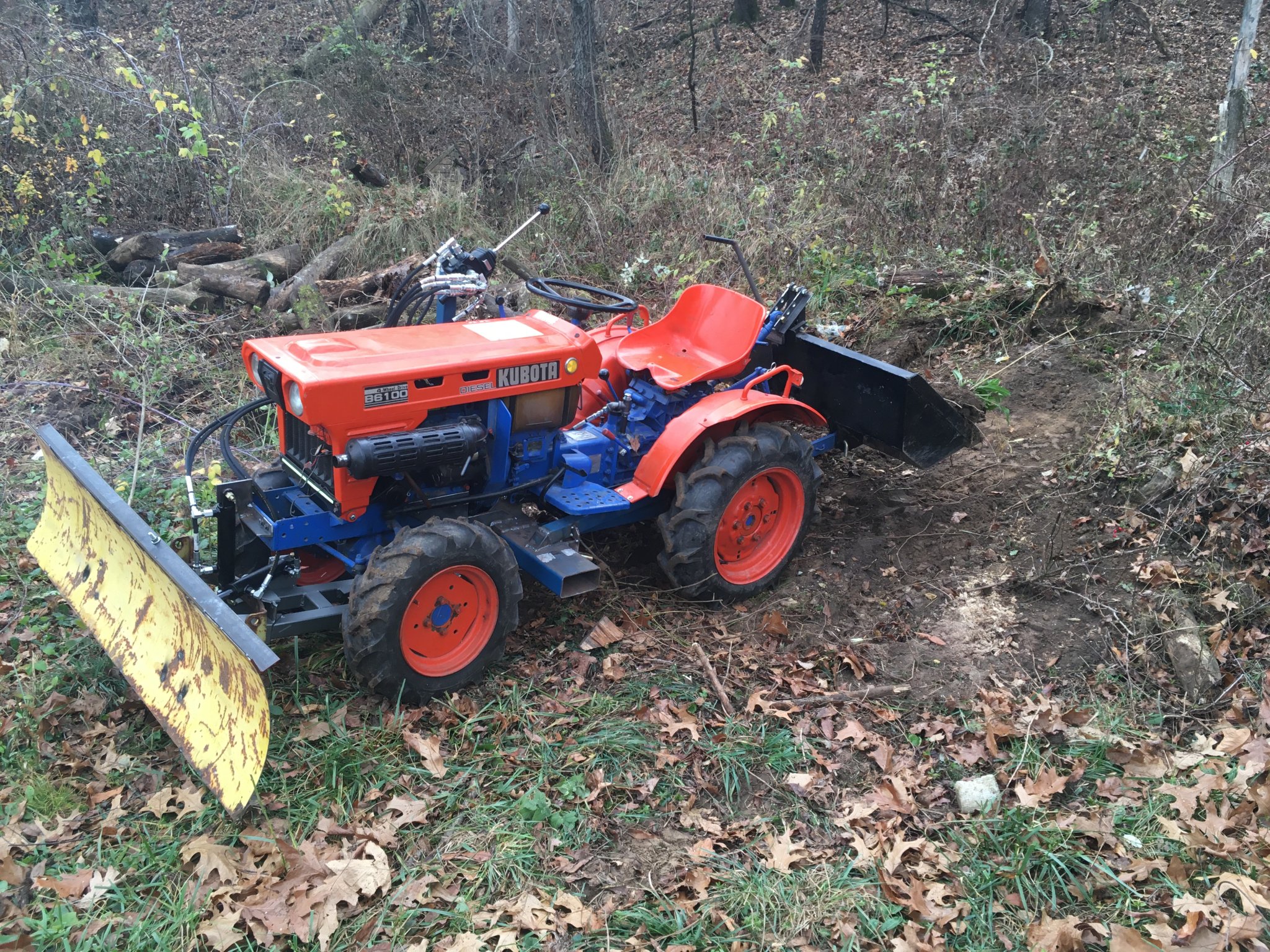 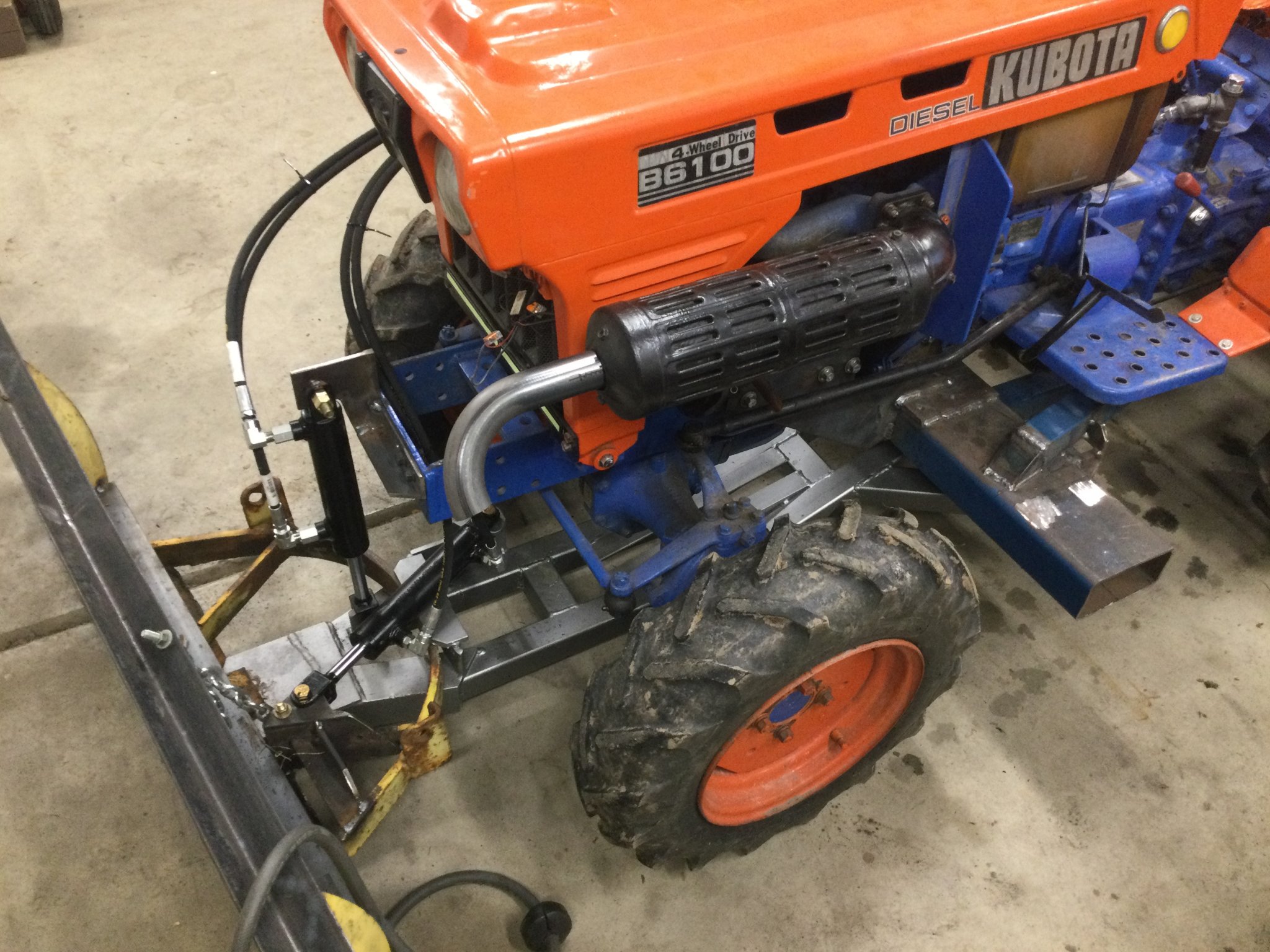 As long as it has the power you need, just work it for a while and see if it clears up. My old Oliver bulldozer was the same way, but it always started and did whatever I asked of it. A little smoke never hurt me getting the job done.
B

I just hooked up an oil pressure gauge as well. Only did a cold test. 45psi at idle, 60 at 1/4 throttle, maxed out at 65psi at full throttle. I’ll be working it this week, so I can see what it is warm.
B

DustyRusty said:
As long as it has the power you need, just work it for a while and see if it clears up. My old Oliver bulldozer was the same way, but it always started and did whatever I asked of it. A little smoke never hurt me getting the job done.
Click to expand...

It seems like it has good power, but I haven’t really worked it yet. This winter will be the test when I can really load it up with the snow plow.
B

One more data point. I’m fairly certain it did not smoke this bad when I brought it home. The only maintenance items I’ve done are change fluids, flush the cooling system, and change the fuel filter.
The fuel filter was completely clogged. Could that have been limiting fuel flow and masking a leaky injector? It seems to have way more power now so I’m curious if the fuel restriction was reducing the amount of fuel to the engine.
V

That is mostly fuel smoke, and in this case it means nothing.

A basic mechanically injected diesel injects fuel primarily based on two things: RPM, and 'throttle' aka how far you pull the lever.

It does not compensate in any way for the engine's ability to burn the fuel. I.e., just like a carburetor it would be a miracle if the amount of fuel that came out of it just happened to be the exact amount of fuel the engine could actually combust at every point through the rpm and load range. In reality it's NOT the exact amount. Usually it's more, because it's safer on a gas engine to run rich than lean. Diesels operate a bit differently in that lean is pretty harmless (just leaves power on the table) but too rich can be bad. When not under load a diesel actually settles at a given rpm by burning all the fuel you give it. Ie, if you want 2000 rpm you give it the amount of fuel it takes to overcome the friction of spinning everything at 2000rpm, and it spins to that rpm. At that point it's extremely lean, just 'breaking even' and burning only enough fuel to spin itself. As you add load, the engine slows down and the 'governor' mechanism adds fuel to compensate for the load and tries to keep the engine at that rpm.

Mechanical injection pumps also are generally set up to err on the side of 'too much'. Since they have no feedback based on engine load, exhaust temperature, amount of oxygen in the exhaust etc etc etc, most of the time, just pulling the lever all the way initially results in 'too much' fuel. When you pull the lever rapidly at low rpm, you inject more fuel than the engine has air to burn it with, and you get visible smoke out the exhaust. As the engine accelerates, the difference between the amount of air and the amount of fuel shrinks, and the visible exhaust lightens until it becomes basically clear.

If you repeated the 'roll on' with a slower movement of the lever, the exhaust would never get dark. If you wham the lever back rapidly from low rpm, you'll get a big puff of dark smoke.

It's just a primitive fuel system. But that dark smoke that clears up as the engine accelerates, isn't really hurting anything other than 'the environment' and contaminating the engine oil slightly more quickly. Nothing you'd ever notice. The problem is when it STAYS dark even at max rpm. At that point you could potentially have too high of 'endgas temps' and be overheating things in the cylinder, and 'washing down' your cylinder walls and contaminating the oil pretty rapidly. If it's only smoking when under acceleration or heavy load, but clears up as the engine 'catches up', or any time you're sitting with no load at a fixed rpm, then it's fine!
Show hidden low quality content
You must log in or register to reply here.
Share:
Facebook Twitter Reddit Pinterest Tumblr WhatsApp Email Link