New decking on my trailer

Purchased my trailer new in 2008, It is a Bix Tex 30SA, 14" x 5" deck single axle 3000 GTW, Anyway the original 2"x6" treated lumber decking was too close together and it held leaves and debris and last spring I had maple tree sprouts growing up thru the cracks, I power washed it and used it thru the summer but decided this spring that I was going to replace the decking, I cut the old decking off and used an impact driver to take the T40 deck screws out, I bought new screws and new marine grade treated 2"x6" s...Anyway when I went to put the new decking in I realized that the 2"x6"s fit in a channel in the front and back of the trailer and that I had to bow them up to get them to fit, well I have a kubota with a front end loader so pulling up on the center of a 14' 2x6 was easy peasy. anyway here are some pics, All done I stripped the old decking out friday and put the new decking in today. 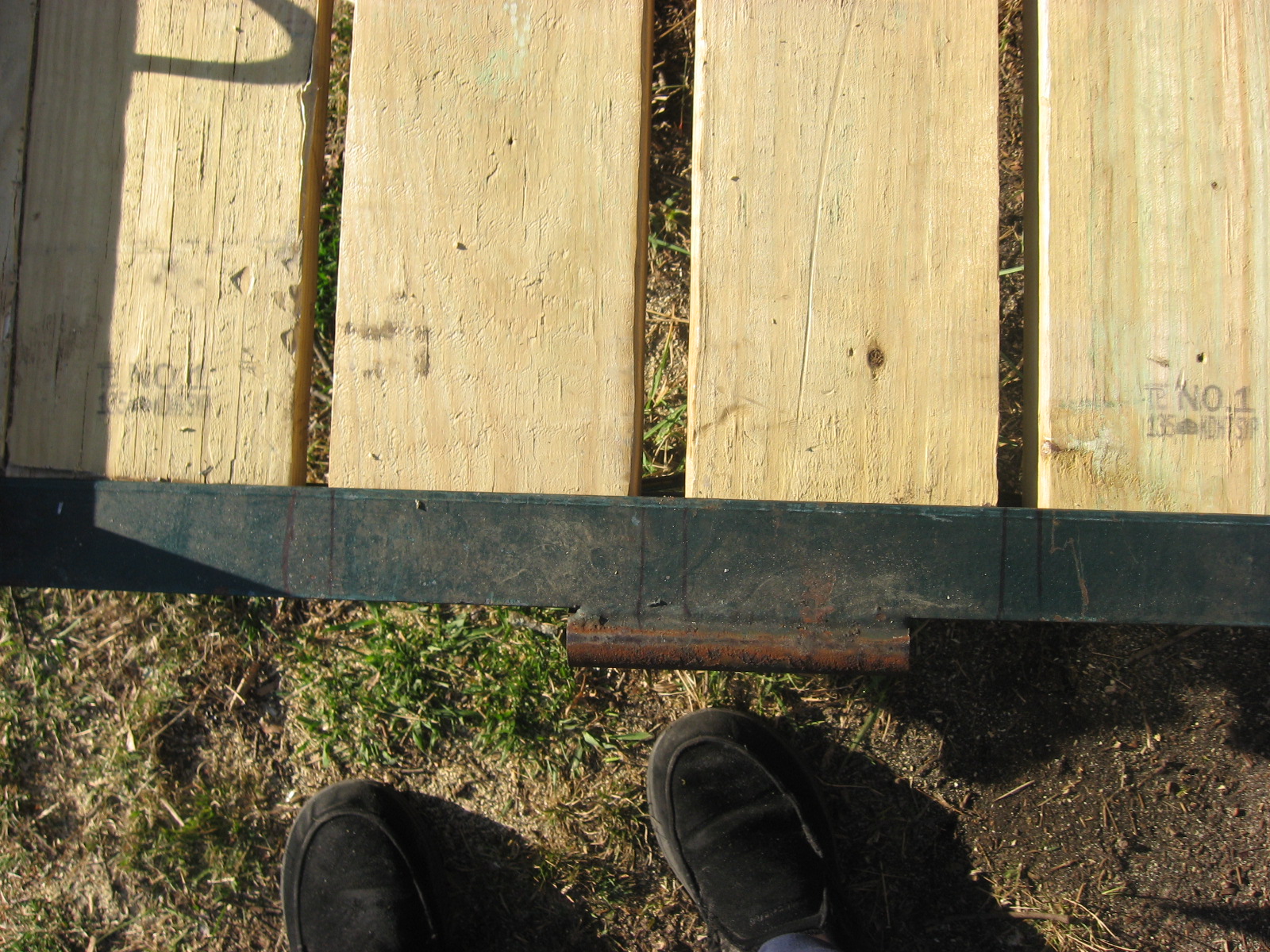 that came out great!! no pictures if your kubota doing its magic on the boards??
Reactions: 1 user

That would have been the best time to repaint the trailer, with the wood off.

Looks great, but I take it you never haul loose materials on that trailer. How hard did ya get hit on those 2x6x14's? That had to be expensive. Lumber is STOOPID expensive right now.
Reactions: 1 user

B737 said:
that came out great!! no pictures if your kubota doing its magic on the boards??
Click to expand...

Yes I should have grabbed a pic, I used a piece of rope around the center of the 2x6, placed one end in the channel and the other end 1 had under the channel with a block of wood on top of the channel so when the 2x6 was bowed enough I could slip the end up into the rear channel

" That would have been the best time to repaint the trailer, with the wood off "
The paint was not really that bad, some rust on the hinges for the tailgate ram and some minor rust in other places, under the decking the paint was fine.

"Looks great, but I take it you never haul loose materials on that trailer. How hard did ya get hit on those 2x6x14's? That had to be expensive. Lumber is STOOPID expensive right"

No, I do not use it for loose materials, It is for my equipment and occasionally firewood logs, lumber, building materials and once a sectional sofa and love seat, I bought the 2"x6"s last year before the pandemic and have had them stored under a tarp behind my barn, If I remember correctly when I purchased them the total cost was around $200.00, plus another $20.00 for the 5/16" x 2 1/4" flat head black phosphate T40 deck bolts. I did use it once for some sand and gravel mix for some concrete I was mixing but that was when the original deck boards were on it and they were almost tight together, If I need to move anything like that in the future I can simply put some plywood down on the decking
Last edited: Mar 20, 2021

I chose 2"x6" because they were less expensive and the spacing worked out for me, looking back I am glad I did because the 2"x8" would have been harder to bend/bow to get into the front and rear channel
Reactions: 1 user

I'm pretty sure the existing deck is 5 - 2x12 and 2-2x10. Deck is actually 80 inches, not 84. Outside of the rail is 84, which is how they call it a 7' wide trailer. I do haul loose stuff on mine on a regular basis, so probably won't gap the deck. Certainly not 5/8 gap. That's enough for a strap to fall through and drag under the trailer and find a tire to get under. I usually tie up slack in my straps pretty good, but stuff happens.

My buddy's dad bought the trailer new in 1981, and as far as I know, it's still got the original deck in it. But, in 1981, when you bought PT lumber, it would last. It was treated, then kiln dried. Today's stuff, not so much.

I miss the days when we had products like Kreso and Coppertox available. That stuff kept the fungus and bugs away. Then someone realized it was killing fungus and bugs, and figured it was bad for the environment. Well, DUUUUUUUHHH. Certainly was if you were a fungus or insect. Pretty sure that was the original intent.
Reactions: 1 user

Do you have the channel on front and back where the decking goes in or is it a simple lay down on rail deck.
As far as worrying about a strap I use chains and the links will not fall thru the spaces in my deck, If I need to haul sand I have access to a small dump trailer or if need be I can lay plywood down before I load the trailer.

The original planks on my trailer were a 2"x8" in the center and 2"x6" on each side and the last plank on each side was a rip, One other thing I did which can be seen in the 2 pic is I left spaces against the trailer side rails so that rain, snow, debris could drain off .

I had considered turning the planks sideways and running them across the trailer, I would have needed at least 4-5 stringers running front to back to fasten the planks down that way but I decided against it because then they would only have been fastened down with either wood screws or I would have needed to use carriage bolts on every plank for every stringer and it would add the extra weight of the stringers, My trailer is rated at 3000 lbs Gross trailer weight and the trailer itself weighs apx 1000 lbs so it would have cut down on my available pay load
Show hidden low quality content
You must log in or register to reply here.
Share:
Facebook Twitter Reddit Pinterest Tumblr WhatsApp Email Link