Hello Kubota people, I recently had an issue with my BX2350 mid mower linkage not going down. Upon getting underneath it, i could not figure out what the issue was but after releasing the two bolts on the left side that tie the rear links together the whole thing dropped down.

I noticed that the upper lift boss on the left side had cracked down on the think side where the shaft sits (see picture 1). 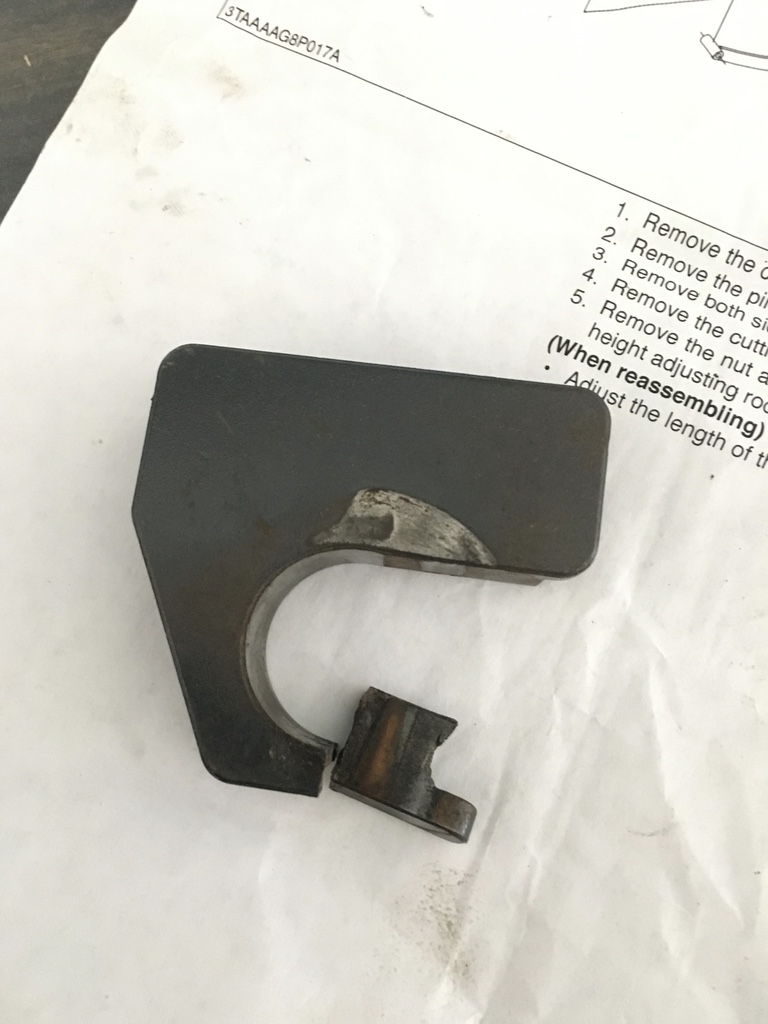 I assumed at that time that I had found my issue and replaced the bosses on both sides. When I was putting them back together, I noticed some usual wear on the rear links where they tie in to the links on towards the front (see picture 2 and 3). 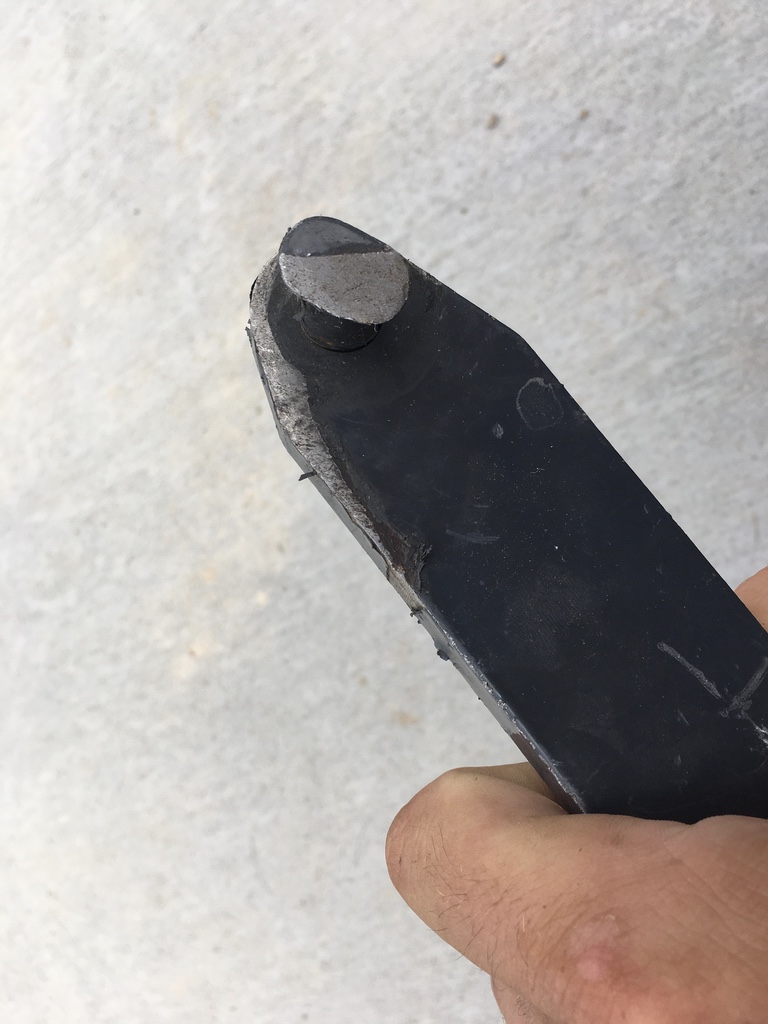 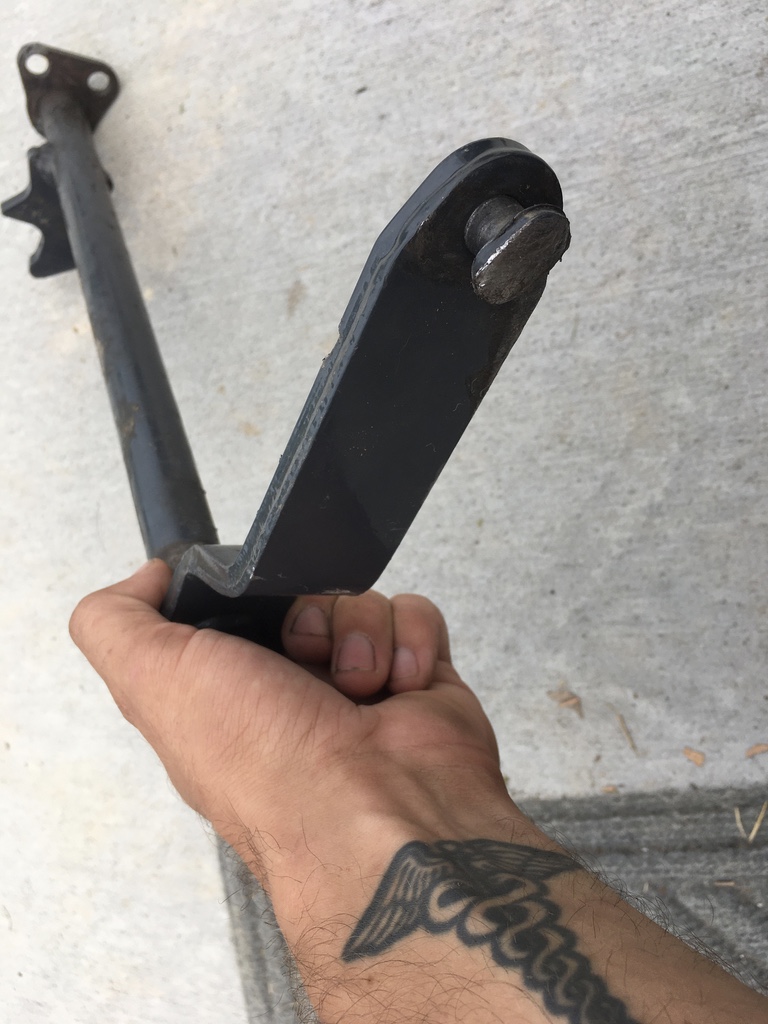 I found on another forum that this was likely caused by dragging the deck wheels when mowing which I am guilty of having done for some time, oops.

As a precaution, I went ahead and ordered replacement parts and swapped them out yesterday. After getting everything back together I went to go lift the linkage and found that it was still getting stuck on something in the UP position. The culprit was the little stop bracket that is welded onto the frame. For some reason the inside of the links want to go over this part which causes wear to the inside of the link arm as well as the end of the bracket (see pictures below). According to the WSM, the linkage should sit about 0.5mm bellow this bracket. Ignore the junk on the tip of the bracket, I had the bright idea to put some steel expoxy as a means of stopping the linkage, that was sheared off the first time I lifted it up. 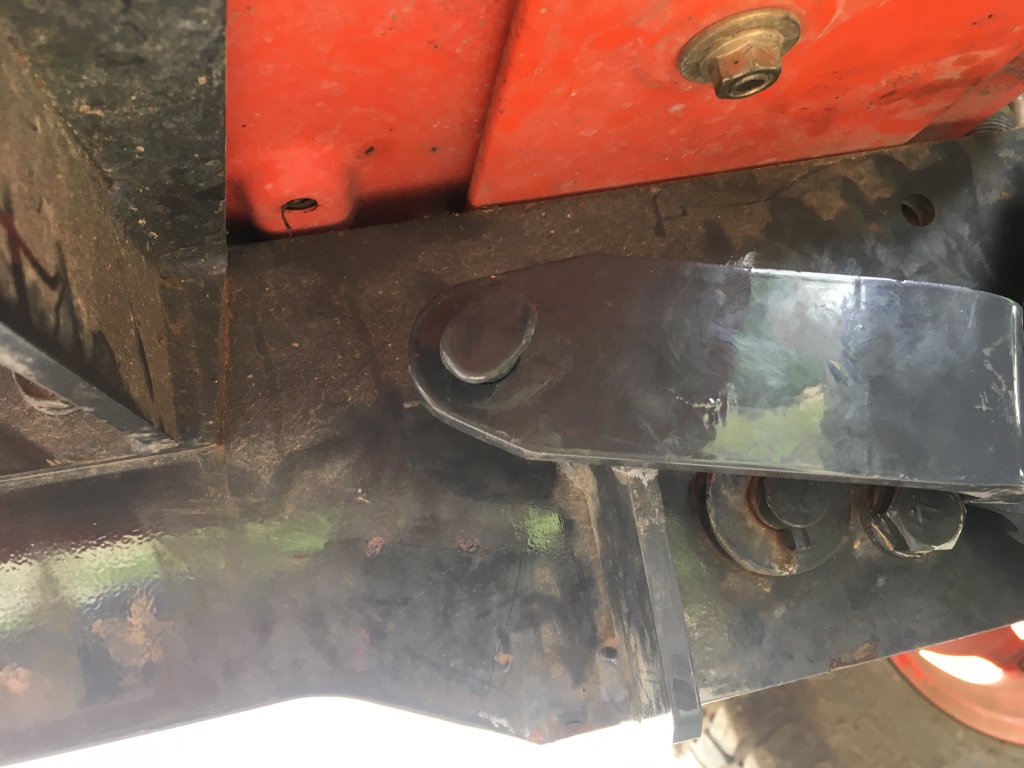 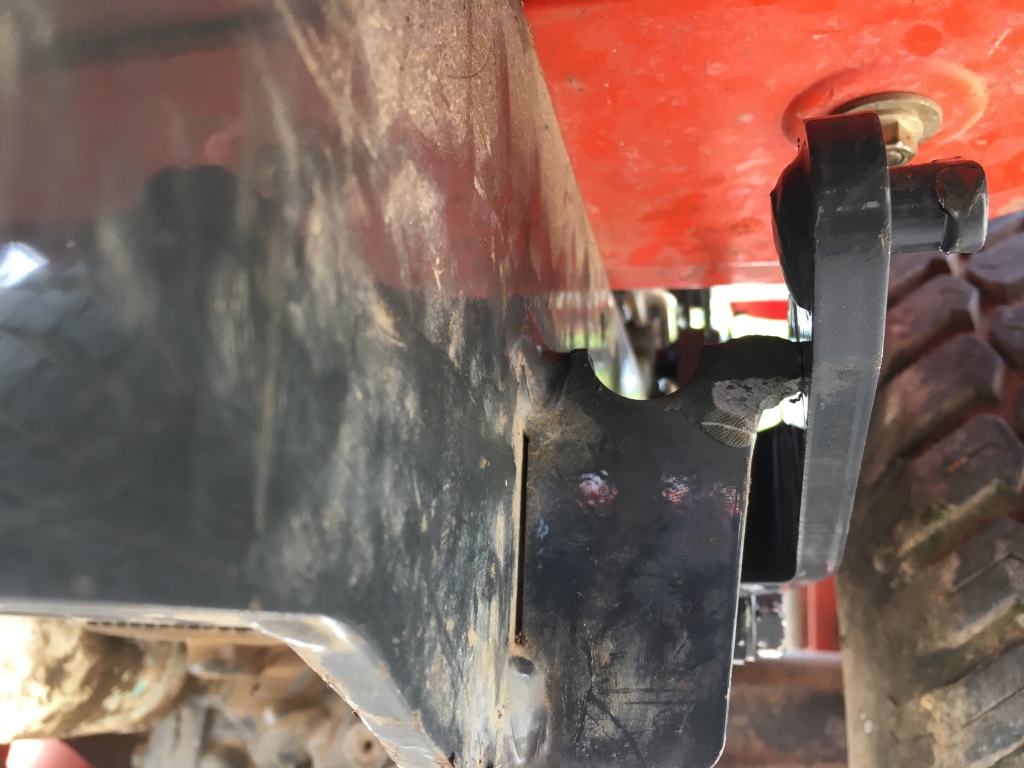 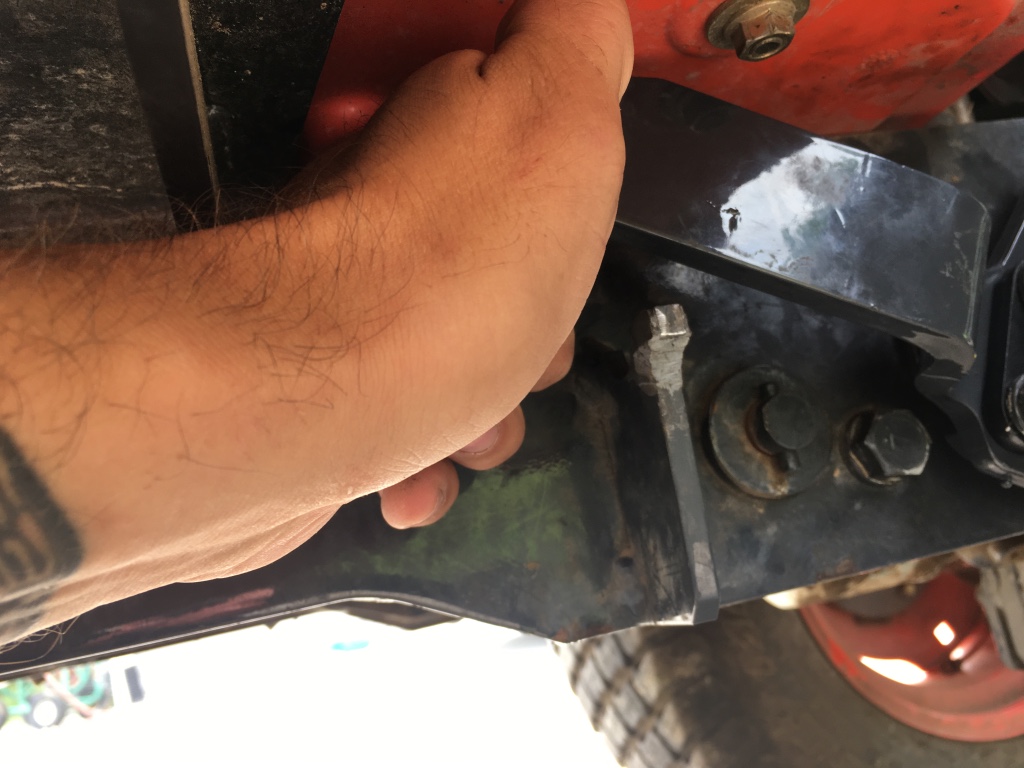 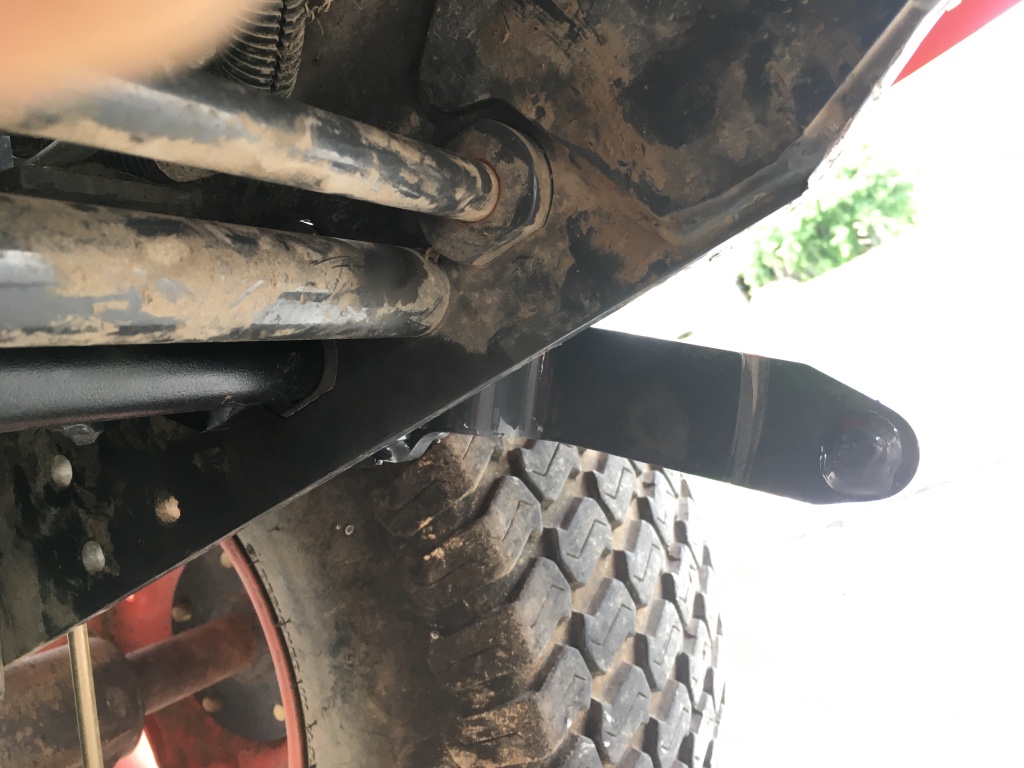 I have tired adjusting the bolt on the rear link that ties into the 3 point hitch to the lowest position (almost all the way out) to no avail. Even in that position, it still wants to go over it and does not stop where it should. 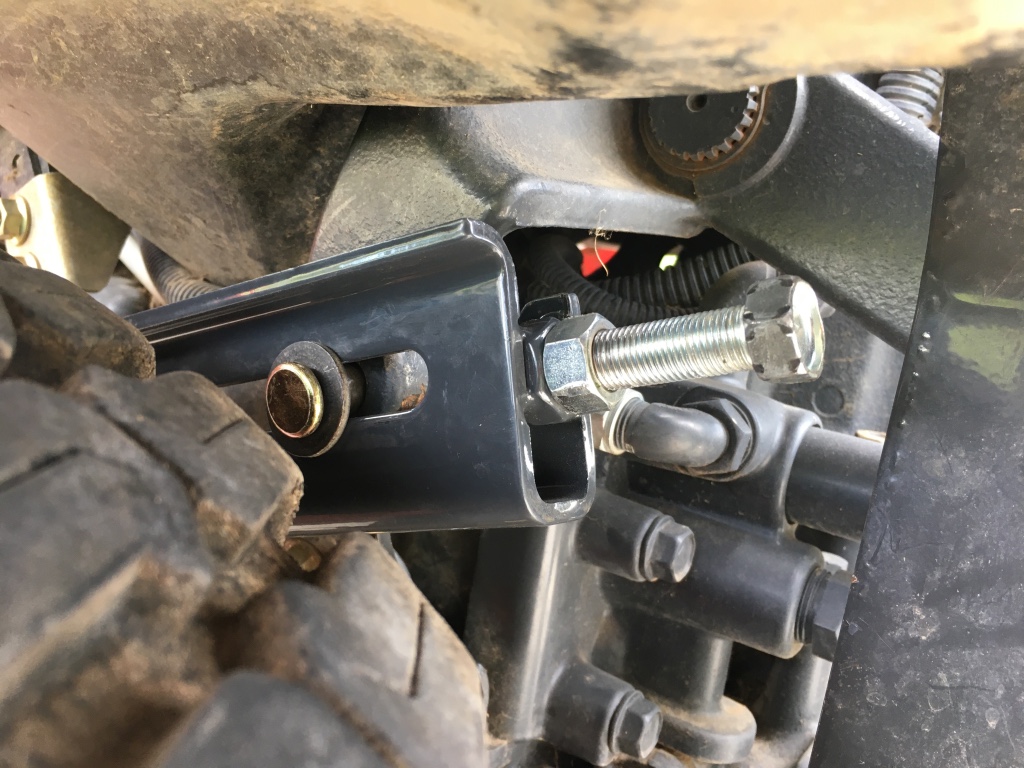 I have exhausted all of my resources at this point so I am calling on help from someone who is more knowledgeable about this than myself. I really want to avoid taking it to the dealership if at all possible.

Please let me know what I am doing wrong or if this is a much more serious issue than I realize. Other than the links going too far up, everything on the machine seems to work just fine.

-Thanks for the assistance, Mike.
D

My BX2380 kinda does same thing, but this is a brand new machine. I took deck off when I bought in December so I could use loader to plow snow. When it was time to put deck back on for mowing, I needed a prybar to get linkage to drop. When I do my 50hr service, I'll take a look see.
Show hidden low quality content
You must log in or register to reply here.
Share:
Facebook Twitter Reddit Pinterest Tumblr WhatsApp Email Link