What do you use for a grill

Sometimes you just have to be creative I guess. 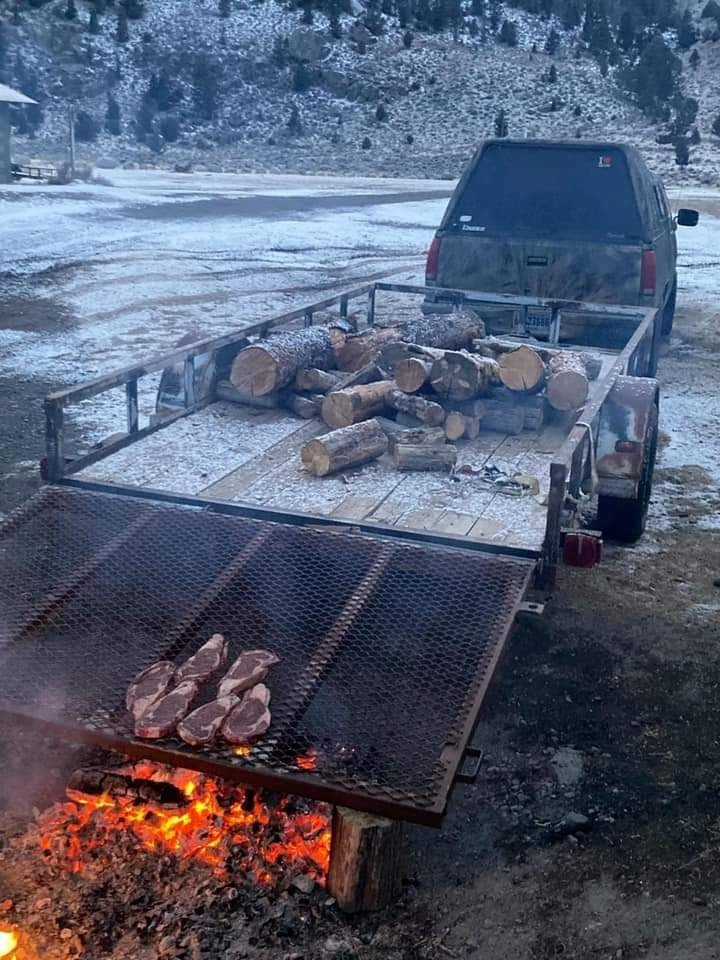 I use a Webber kettle grill for the most part, or my Coyote Smoker for grilling. I can't say that I'd use my trailer lift gate. Especially after knowing where it has been and what has driven over it. I guess if I were desperate I might try and find a nice flat rock somewhere and use it after cleaning it in a creek somewhere.

Don't think I'd want the paint from the lift gate flavoring my steaks.

Back in high school, we used to take camping trips on our dirt bikes, and one guy never brought much gear.
He expected to borrow everything he needed from the rest of us. (he was incredibly cheap)
We got tired of his mooching and told him no more loans. We started to fry some fish the first night of a trip and he wanted to borrow someone's pan, but we all refused. After pouting for a while, he walked out of camp. He came back later with an aluminum hubcap from a chevy pickup, and fried his fish in that. He's probably still using it.

D2, way to improvise!!! I've used a manure fork (5 tine) to cook hot dogs and brats over a campfire. Just lay the tines in the hot coals till they were a dull orange and slide the dogs/brats on. You wanted to be performing this operation BEFORE you indulged tooooo heavily in the beverages.

ccoon520 said:
I might try and find a nice flat rock somewhere and use it after cleaning it in a creek somewhere.
Click to expand...

D2Cat said:
Sometimes you just have to be creative I guess.

True Redneck Ingenuity describes it perfectly 'cause you can't make up stuff like that.
Reactions: 1 user

I am still trying to find a disk off a harrow ,there has got to be a worn out one some place around here,, ya would think so anyways
I 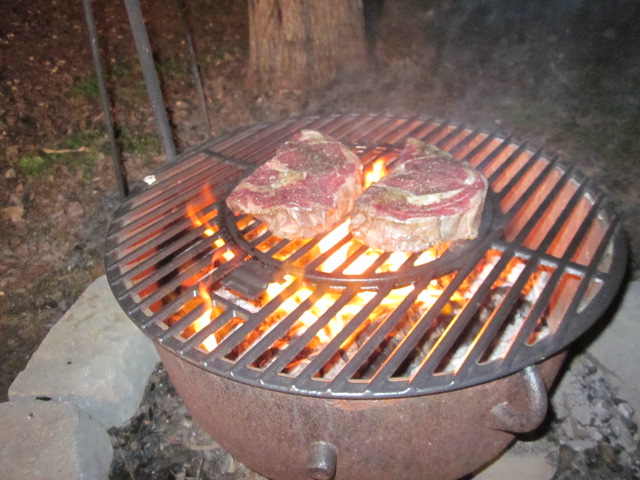 The above is big time Baaaad !!!
D 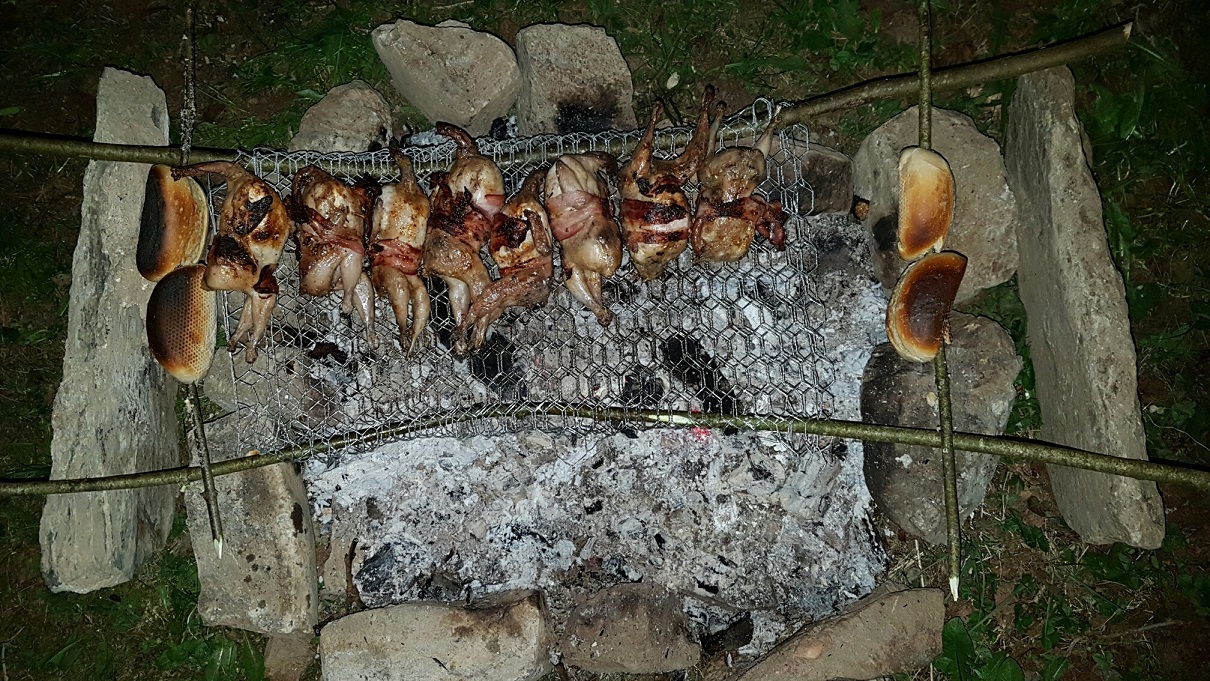 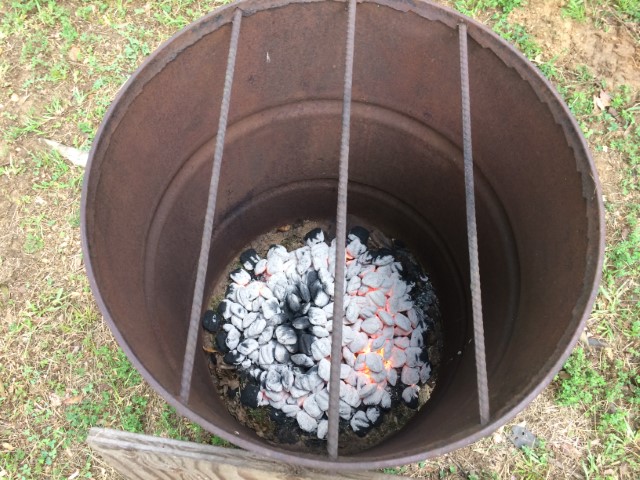 ~10 lbs of charcoal should be enough. 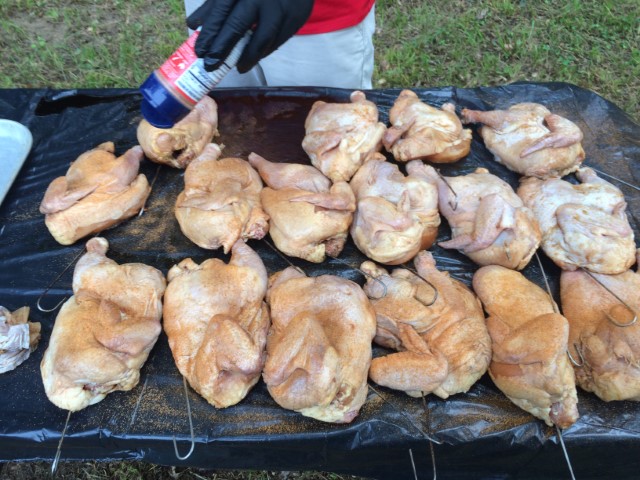 Add seasoning and hooks to the chicken halves. 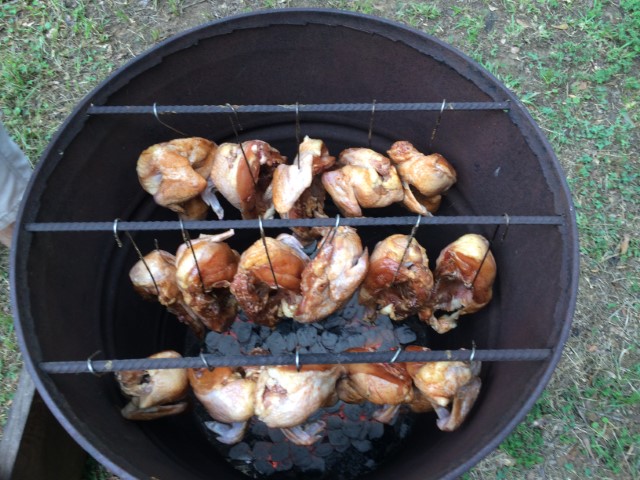 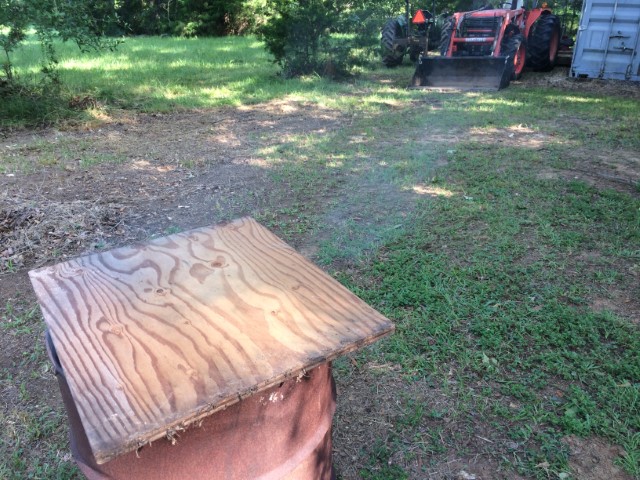 And cover the top of the drum with plywood. 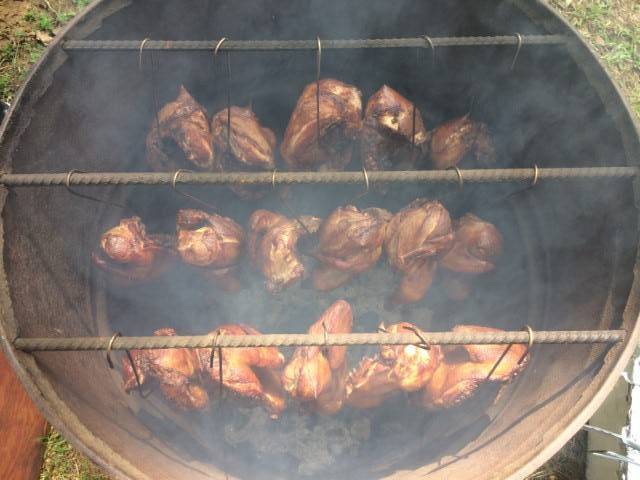 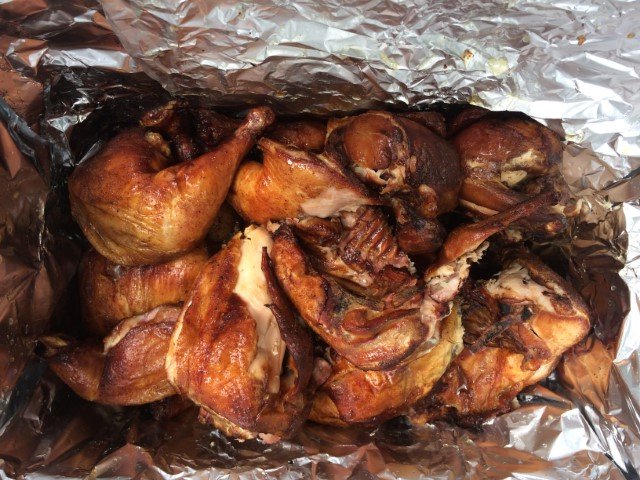 The halves will virtually fall apart. I use a foil lined Styrofoam cooler which keeps the chicken hot before serving.
Reactions: 1 user

Kinda off subject. but what is your technique for skinning those quail intact like that? (like a mini whole chicken)
And I assume bacon wrapped?
D

Bacon wrapped indeed! As for skinning the quail, I'd have to ask my brother (he skinned them at home).


Lil Foot said:
Kinda off subject. but what is your technique for skinning those quail intact like that? (like a mini whole chicken)
And I assume bacon wrapped?
Click to expand...

but I just ate fresh crappie so my tummy is full