Hi,
I have a l245dt that i am attempting to upgrade with power steering. I have everything set up and i tried to hook into one of the hoses that supplies the bucket thinking it was high pressure. It was not. The only time i get full flow is when the three point hitch is fully raised. Where can i connect my hydraulic steering valve that will receive a constant pressure?
T 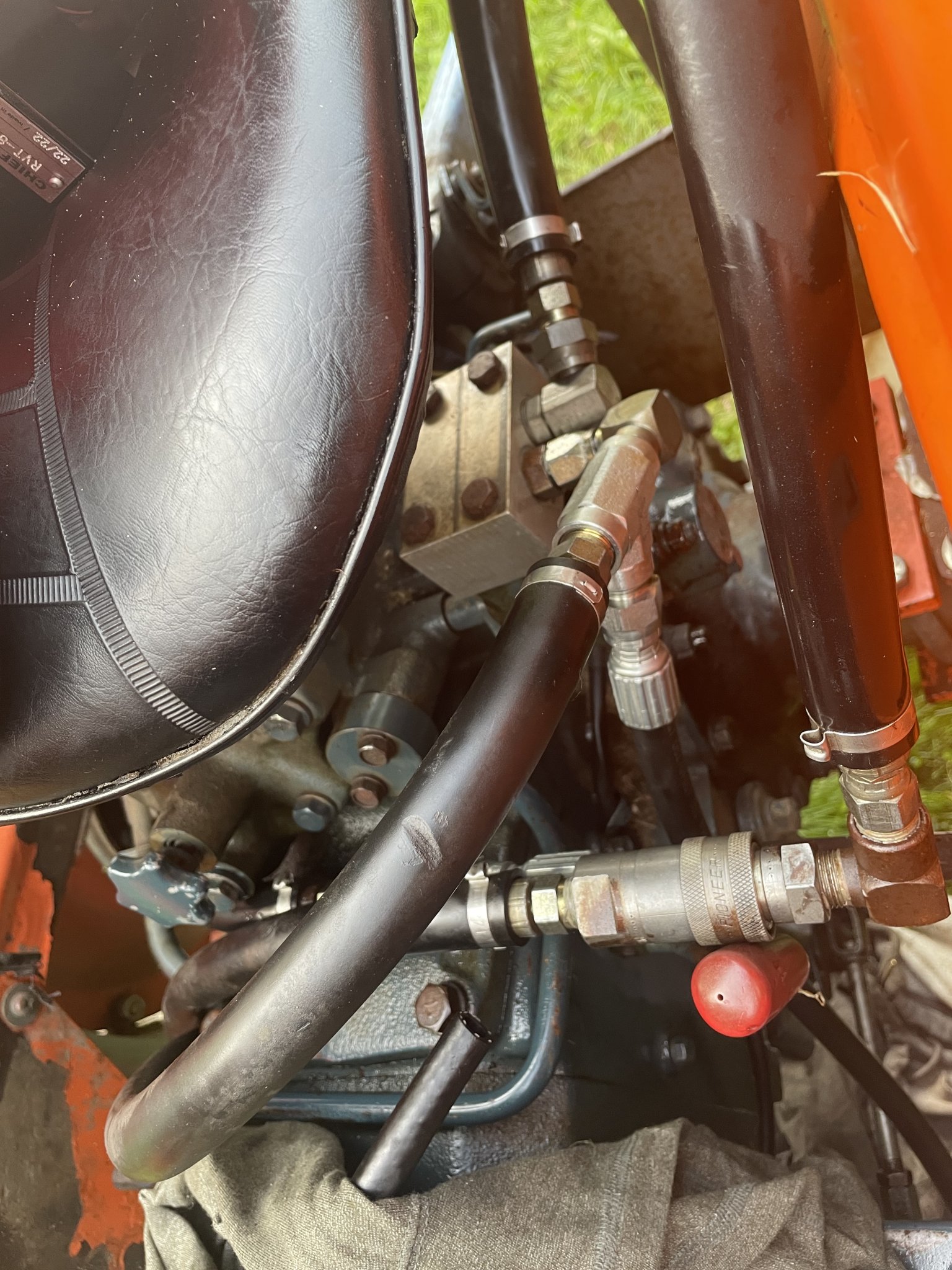 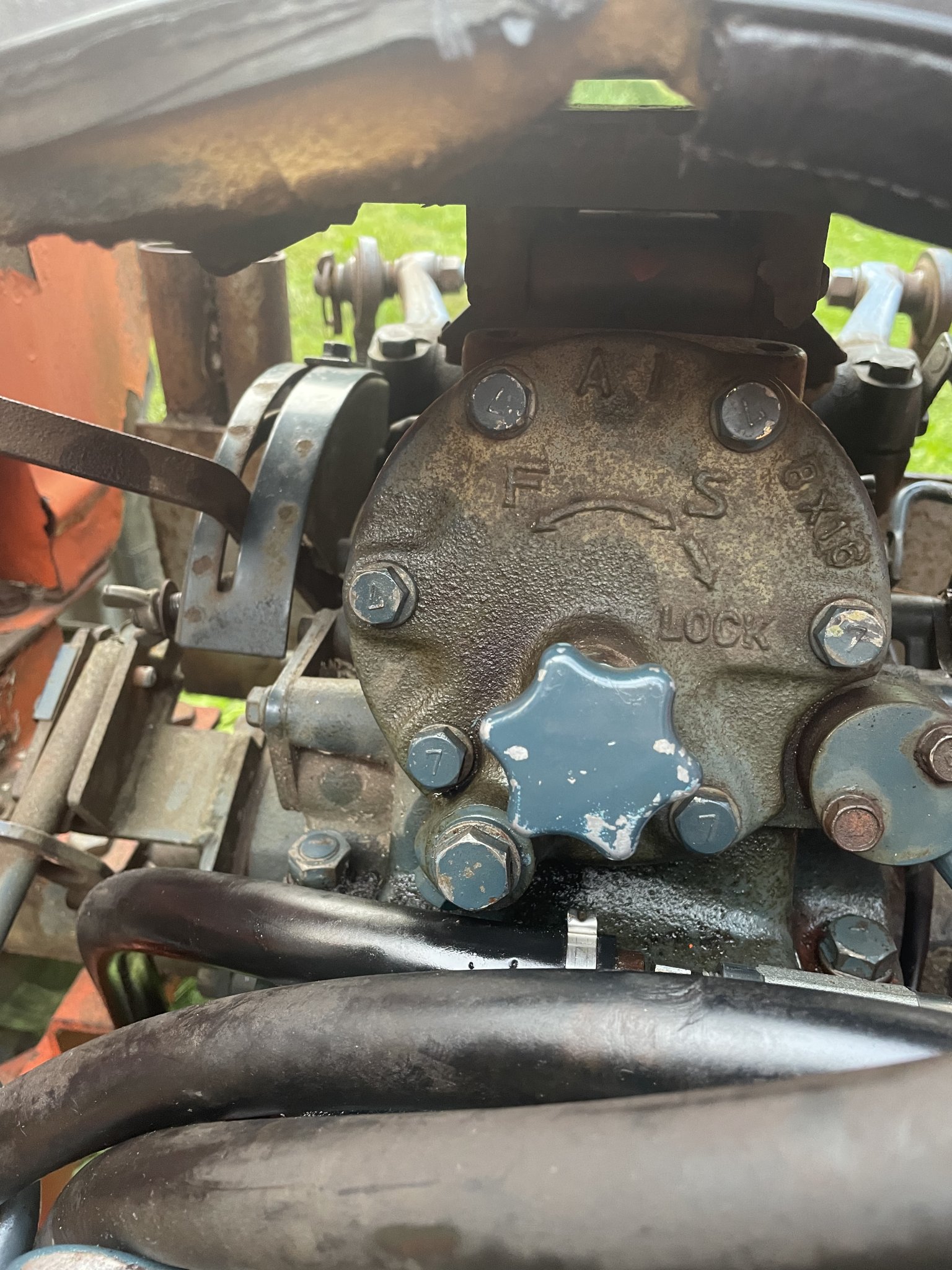 the only place i have found that has constant high pressure is the large bolt on the bottom left.
V

So the large bolt there is a pressure port you would use to feed an external hydraulic attachment with the 3pt hydraulics. I don't recall if it would only work when you pull the 3pt lever, but im pretty sure you will lose 3pt operation if you take pressure from there. I think you're supposed to chain the 3pt in the up position to use that port. I believe the port leads straight into the 3pt lift cylinder so it should only have high pressure when the 3pt is either picking up, or holding up, something heavy.

What is the aluminum block that is already there hooked to? The loader? Generally that's the kind of thing you'd be hooking to to feed an additional hydraulic circuit. BUT, you would not be T'ing off it in 'parallel' as pictured. In 'open center' hydraulics the pressure line actually has no pressure until you move a control valve somewhere, at which point the pressure builds corresponding to the load applied. That's why the line pressurizes when you lift the 3pt 'all the way', because if there's nothing on the 3pt it's only going to take maybe 1-200 psi to lift it, but when it hits the end of its travel it will build pressure up to the relief valve setting, maybe 1500-2000psi guesstimating. Same thing should happen if you held one of the loader valves all the way one way until it stopped moving and just made noise.

So with open center hydraulics you have to hook all your valves up in series, and whichever one is first in line will 'block' all the others when it's in use (unless it has a 'power beyond' port). And the valves themselves have to be compatible with this. With power steering you want it to be FIRST in line so that you don't lose power steering every time you move the loader valve etc.