So I bought a new Stihl FS131 with the bike handle for trimming areas that are too much for a standard loop handled weed wicker. Figured I would get it before the real lawn mowing season starts in a month here on the gulf coast. Anyone used this style and what are your thoughts on it?
J

You can mount a saw blade on that for working the tough stuff. Ask your dealer. I bought the blade and maybe an adapter and never used it a few years ago. Good luck, be careful.

I've used both. I prefer the bike handle but it is really a matter of personal preference. I feel I have more leverage and control with the bike handle.
I

I've had the same trimmer for a few years now and have both blades and the string trimmer head. I love it. It's a beast.
P

i've never used that style. There are many different blades available, and each has its place in different size brush. I've cut a bunch of saplings up to 6" with 9" Forester blades with carbide chainsaw teeth on a Toro power head. Be careful!
R

Ethanol gas got the FS86, or I'd likely still be using it. Still have it, but I just can't get it running like the old days. .

Great brushcutters. If I were to buy another tomorrow, it would likely be just like yours.

I've never gotten the self-feed head to work. Use .105" or .130 "line I cut to length. Have a few different steel blades, and sometimes use the nylon "tines" that bolt into the grass head.

I stick with non-ethanol gas, and solely use the Stihl synthetic oil. Says it helps avoid carbon on the valves.
B

Like RCW, I also bought one of the early FS80 models back in the late '70s or early '80s. Was used to clear the underbrush on some wooded acreage with lake frontage. The 1" and slightly larger caliper brush/trees wouldn't fall out of the way fast enough for that beast using the saw blade that came with it.

After many years, there were no longer carb kits available for it and it sat idle in the shed for years. Just a year or two ago, I rigged a new style carburetor to it with an adapter block and it's now back in service. Still a beast, especially with the now available carbide tipped, thin kerf blades available for it!

I have the three blade brush knife for it. I also bought one of those speed fill heads. That is not in yet. Don’t really need that until early March probably. Did a quick once around the house and side of the barn. Wow. It’s quick. Glad I was wearing my safety glasses. It throws some crap lol.
Reactions: 1 user
R

bird dogger said:
If the new style is as rugged as the old style ....... you will be pleased and won't need a gym membership
Click to expand...

'dogger - - the new style doesn't hold a candle to the FS86. I've still kept mine, aspiring to resurrect it as you did with yours.

That's why I bought the FS130 years ago. A 2 cycle option wasn't available, and actually was less expensive than the FS86 I bought 20+ years later.

I have the 3-blade steel brush cutter also. It's on the old FS86 right now.
T

Goz63 said:
I have the three blade brush knife for it. I also bought one of those speed fill heads. That is not in yet. Don’t really need that until early March probably. Did a quick once around the house and side of the barn. Wow. It’s quick. Glad I was wearing my safety glasses. It throws some crap lol.
Click to expand...

Oh, yea it throws it out, I wear my saw leg chaps when using it.
R

This is the new one (left) and old timer. 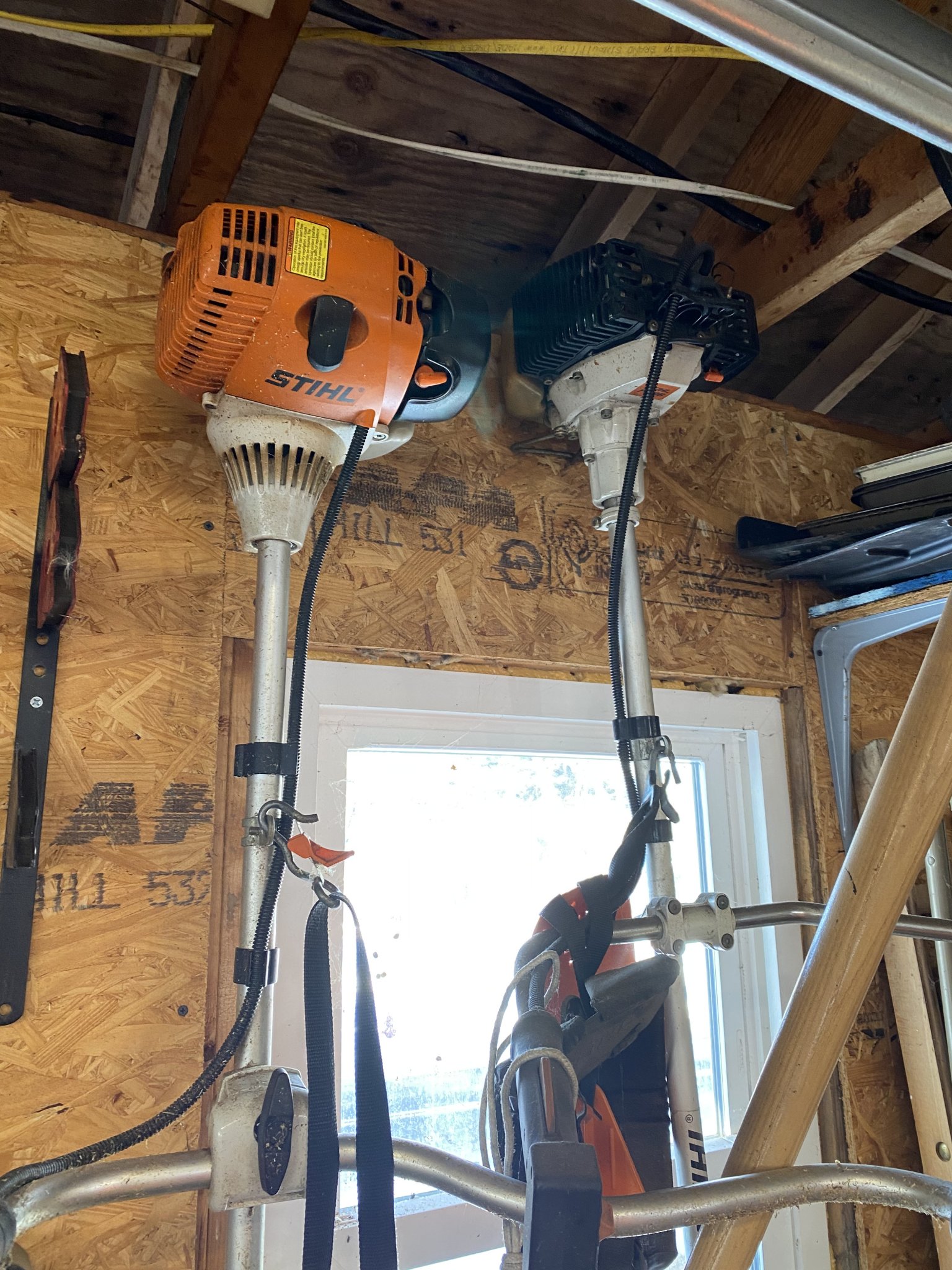 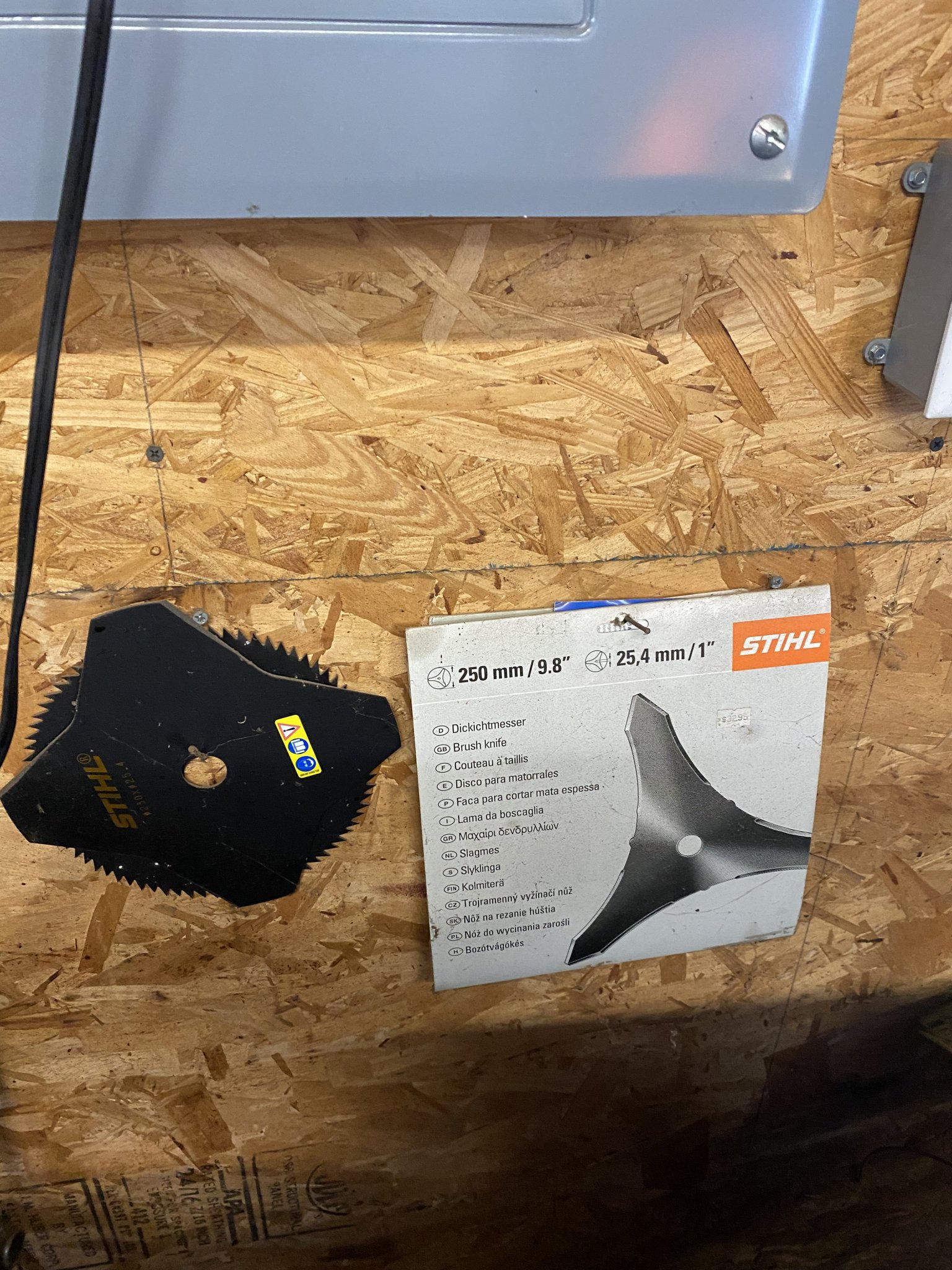 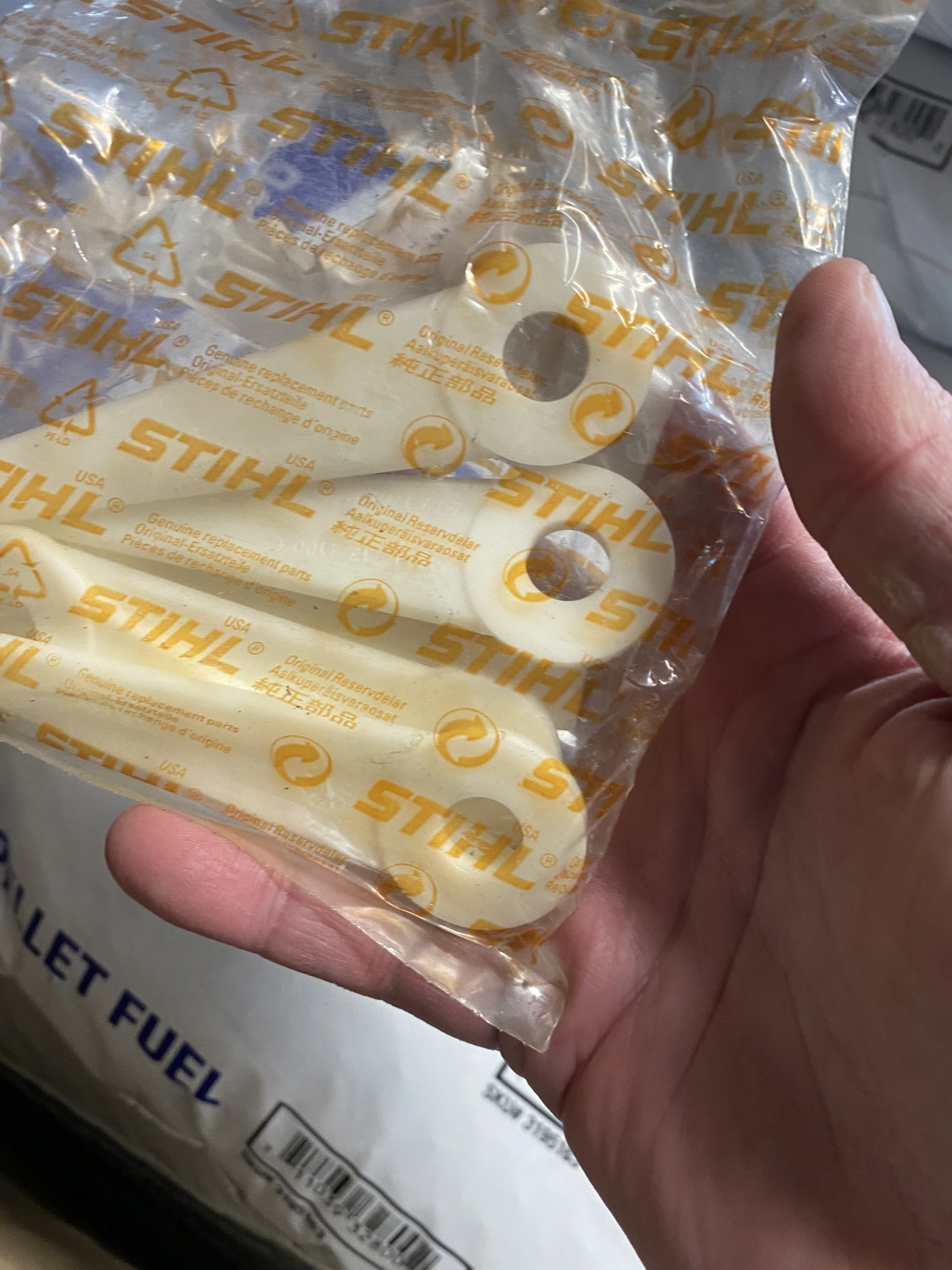 I had to edit my previous post. It's the old FS80 Stihl brush cutter that I have. Guessing that was the model right before the FS86.

Here's a link to my outdated carburetor replacement: Stihl FS80 Carb Replacement Mod
In its second life it now helps keep the windbreaks cleaned up and under control.

RCW said:
This is the new one (left) and old timer.

That brush knife in the package is the exact one I have.

For those with the 4mix engines. Don’t forget to adjust your valves. If unit is hard to start and/or bogging when throttle is applied, it is probably the valves. Part number for tool is 4180 893 6400. 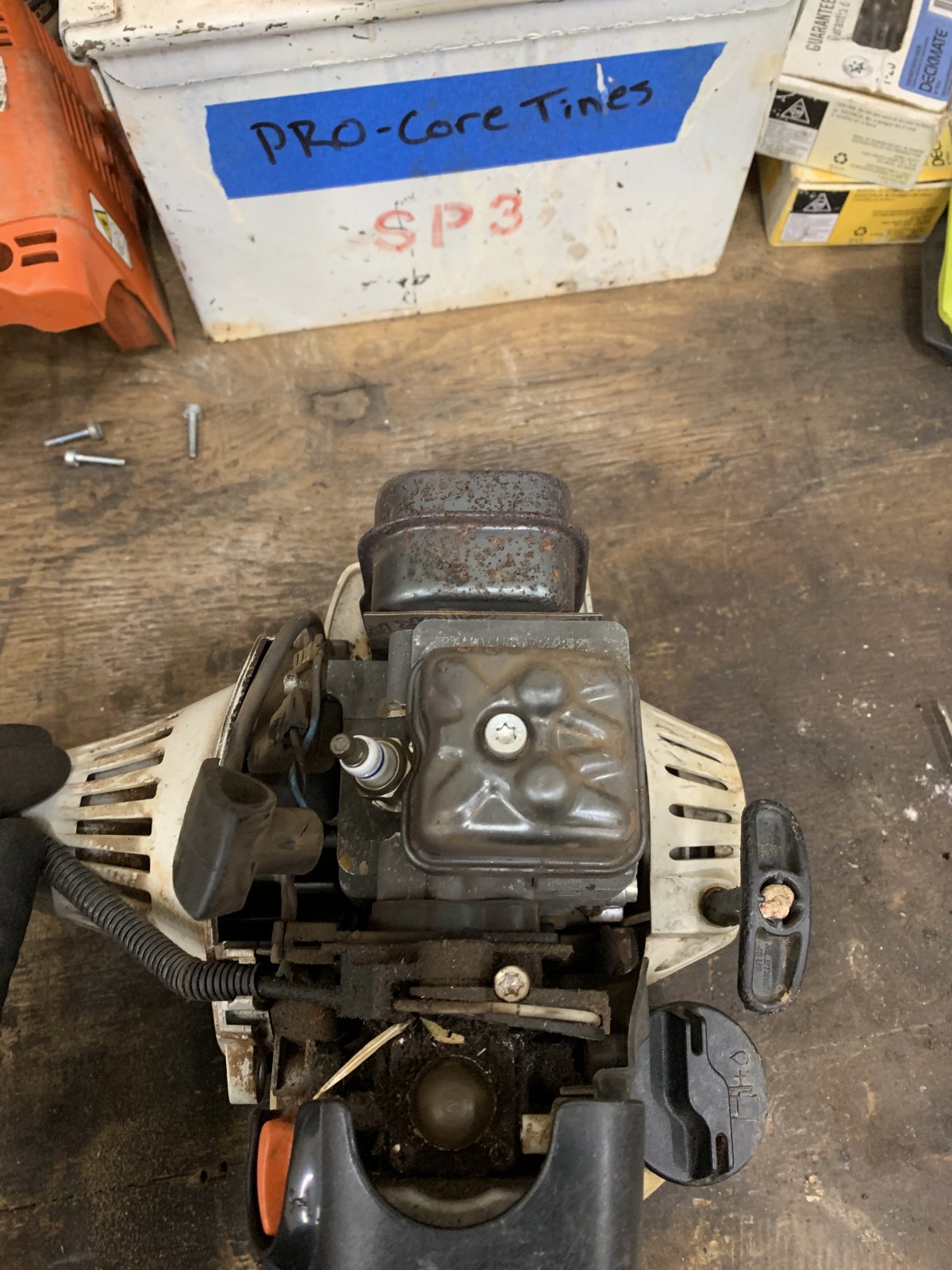 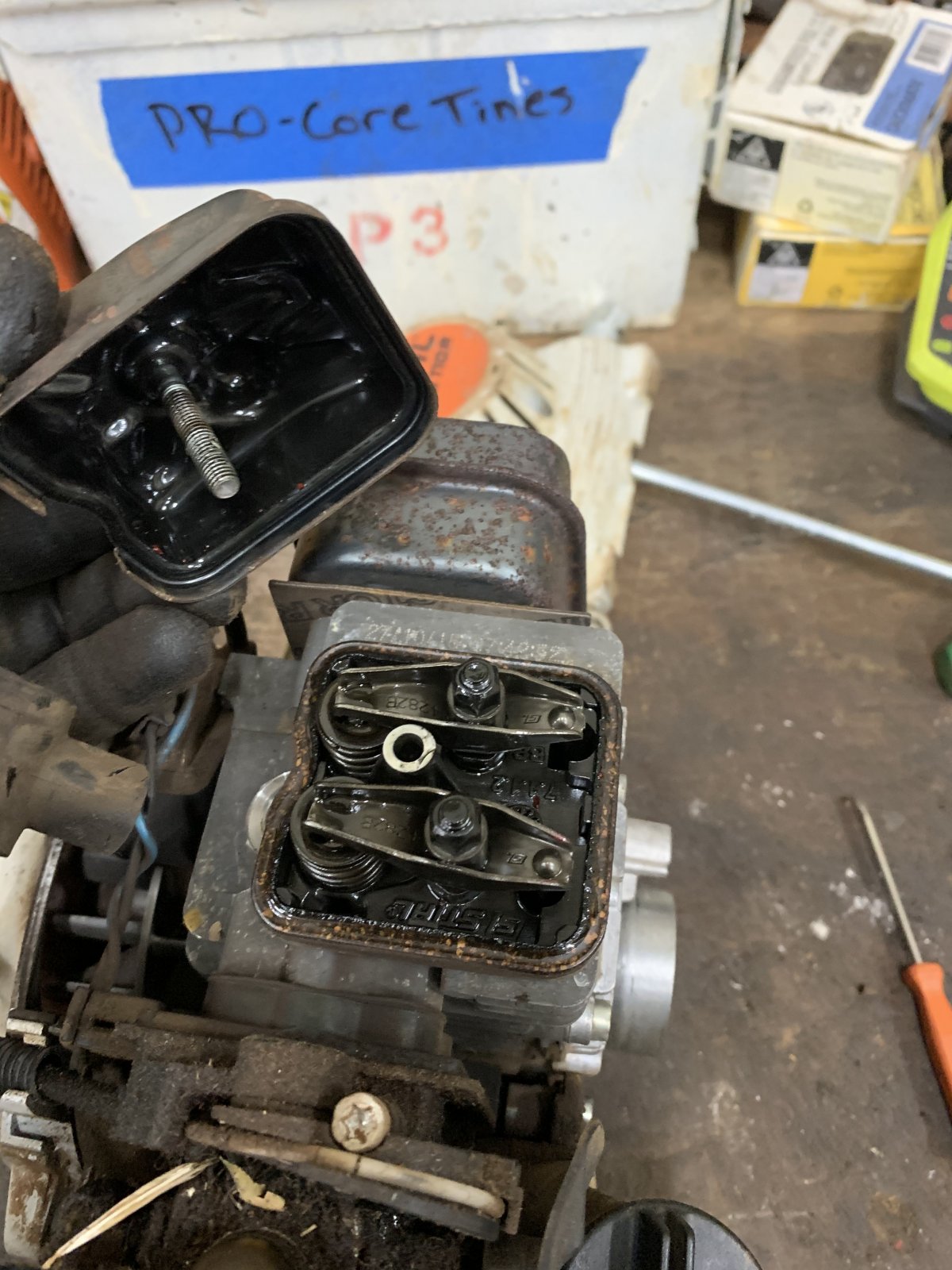 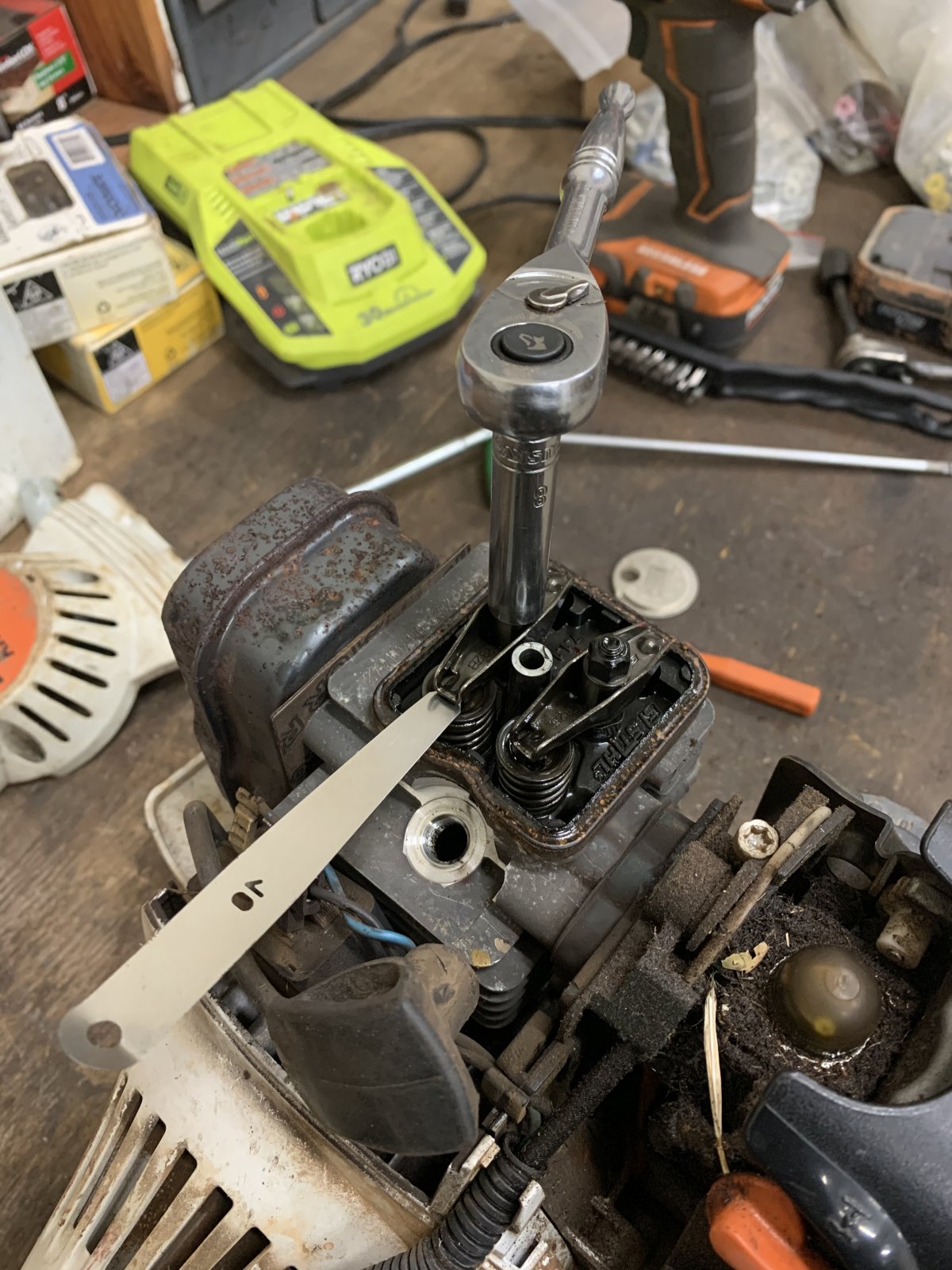 Don’t forget to replace the cork gasket (p/n 4180 029 0500) or be very careful when removing valve cover. Any air leaks will cause a lean condition and will burn up the piston/cylinder.

The same tool can be used on BR blowers too. Gasket p/n will be different than FS engines.

A regular .004 feeler gauge can be modified, but the tool is cheap. 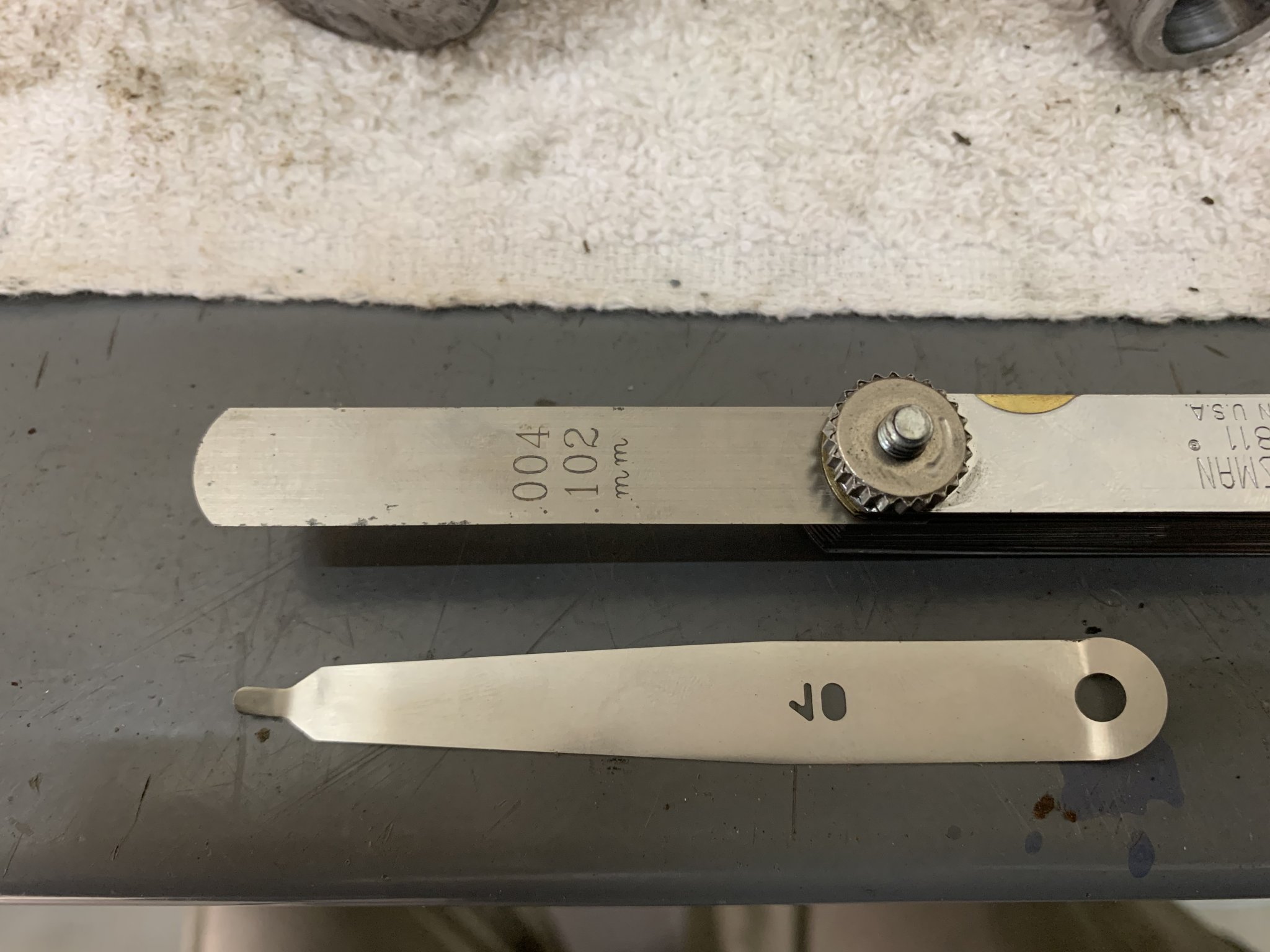 Look into getting a backpack style harness if you don’t have one yet, much more comfortable than the strap for long days. I found one that puts much of the weight on my hips

Russell King said:
Look into getting a backpack style harness if you don’t have one yet, much more comfortable than the strap for long days. I found one that puts much of the weight on my hips
Click to expand...

Agreed. The FS131 comes with one. The 91 & 111 just come with shoulder strap. That’s why I got the 131. The price difference was $30-40. So if I had to go buy a shoulder harness it would cost almost the same but be less power and weighed the same. No brainer for me.

Goz63 said:
So I bought a new Stihl FS131 with the bike handle for trimming areas that are too much for a standard loop handled weed wicker. Figured I would get it before the real lawn mowing season starts in a month here on the gulf coast. Anyone used this style and what are your thoughts on it?
Click to expand...

You will like it!
I have the Honda 4 stroke version.
Mine is fantastic!
L

I used to do groundscare at a cemetery

when they gave me the reigns, they gave me 2 FS90 trimmers, a Bad Boy ZT60", a JD JX75 push mower, a lot of string for the trimmer, a couple cutter heads, scissors to cut the string with (yes kitchen scissor..), and some other stuff.

I still have the JX75 and the one FS90. Handlebar, with a strap. I use it at home exclusively now. Good trimmer. Had to put a carb on it last year as the original was just give out. The cemetery was a 21 hour trim job by time you figured in ALL of the 1,031 stones, 3 fences, 943 foot ditch, and the trash bins. Took a week if I worked 5pm til just after dark where I couldn't see anymore. Usually did the trimming first and them mow last. Mowing was a lot easier. One person (me) doing it. The last two times, I had my brother help me for some extra cash. I liked doing that job. Nobody around, very hard physical work (especially the trimming) but paid my mortgage for 4 summers while I stashed my full-time job's salary in the bank. We got hit by the IRS in 2011 at work for no good reason, but they took about a quarter million from the business accounts, which put the hurt on the boss so I took a voluntary pay cut for 23 months to help them keep going, which I was also doing cemetery work and running my own business at the house---I had plenty to pay the bills and that's all I could ask for.

But yes I still use and like my FS90. I need to pick up another cutter head for it since this one's worn down pretty good now. Local hardware store has a bunch of them but I don't know which one I need.

My neighbor was just asking me about my trimmer the other day and said they banned them in California. I told him let them ban them here, I'm gonna keep using it until they buy me a new one that works as good or better. He makes fun of me having this great big trimmer but it gets the job done, quickly, uses little fuel doing it and it's not all that hard to use. I mow, trim, blow my yard (just under 2 acres) in 55 minutes on average. His place is on 1.35 acre and it takes him 3-4 hours. Nicer yard, but I value my time differently I guess.
Reactions: 1 user
Show hidden low quality content
You must log in or register to reply here.
Share:
Facebook Twitter Reddit Pinterest Tumblr WhatsApp Email Link